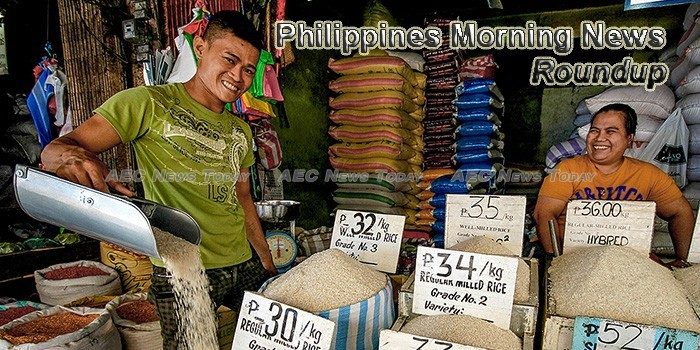 ‘Responsible journalism means complying with the law’ – NPC
THE National Press Club (NPC) on Wednesday sided with the Securities and Exchange Commission (SEC) on the revocation of the corporate papers of online news outfit Rappler, saying there was no threat to the exercise of press freedom and freedom of expression.
— The Manila Times

Why Rappler is raising Philippine press freedom fears
The Philippines has revoked a licence for one of its major English-language news sites, Rappler, igniting a debate about press freedom in the country.
— BBC

Duterte warns of fresh terrorist threat
The country faces a terrorist threat, and it’s “coming in very fast,” with the warning issued by President Duterte himself.
— Philstar

Philippine School System to Implement Israeli Science Curriculum
Davao, the Philippines’ second-largest largest city, has signed an agreement to implement the Israel Sci-Tech Schools’ i-STEAM education model in one of its public high schools as a model for the rest of the city’s high schools.
— The Tower

‘Federalism a leap to hell’
TWO former chief justices bickered on Wednesday over whether the Charter should be changed, with Hilario Davide Jr. warning that a shift to federalism would be a “leap to hell” and Reynato Puno saying the 31-year-old constitution has been overtaken by globalization.
— The Manila Times

Philippine senators say quick revision of charter impossible
Philippine senators said on Wednesday it was not possible to amend the constitution to create a federal government in two months as proposed by the lower house which would allow the president a second term in office.
— Channel NewsAsia

Regulators In The Philippines Continue To Tighten The Screws On Esports
Competitive gaming in the Philippines was dealt another serious blow after the recent signing of a resolution by the country’s Games and Amusement Board (GAB).
— Kotaku Compete

Duterte warns of fresh terrorist threat
The country faces a terrorist threat, and it’s “coming in very fast,” with the warning issued by President Duterte himself.
— Philstar

Subway, road project loans eyed for signing
Agreements for two Japanese government-financed projects worth a total of $1.01 billion are expected to be signed before the end of this month, the Finance department said on Wednesday.
— The Manila Times