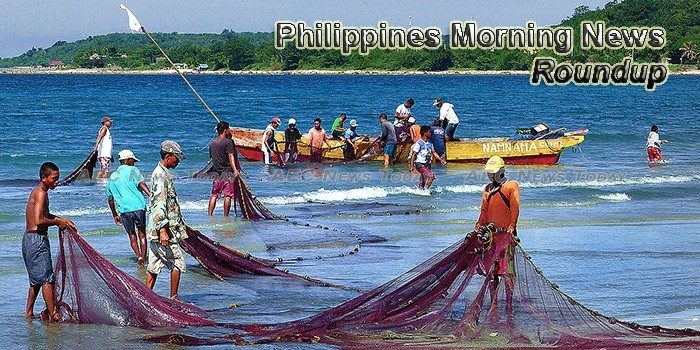 PH, China to sign over $8B project financing deals
The Philippine government is firming up the list of projects to be financed by China ahead of signing an economic cooperation agreement between this week, according to documents from the National Economic and Development Authority (NEDA).
— The Manila Times

Philippine salary increases slow down but bonuses slightly up
Employee salaries in the Philippines’ private sector increased only by 5% year-on-year, on average, according to a report released by Willis Towers Watson.
— Enterprise Innovation

Taxing JICA-funded projects
For many years now, the Government of Japan has been one of the largest providers of bilateral assistance to the Philippines. The Philippines undertakes several projects funded by Official Development Assistance (ODA) loans or grant aid from the Japan International Cooperation Agency (JICA).
— Business World Online

PHL takes over chairmanship of APEC disaster risk finance group
The Philippines has accepted the chairmanship of the Asia-Pacific Economic Cooperation (APEC)’s technical working group (TWG) in charge of crafting financial protection strategies that will strengthen the resilience and quick-response measures of governments to disasters.
— Canadian Inquirer

Philippine armed group sets free child soldiers
Hundreds of child soldiers have been released by the Philippines’ main separatist armed group here at Camp Nusa, continuing its commitment to end the recruitment and use of children within its ranks.
— Aljazeera

‘Don’t scare me on human rights’
President Duterte is unfazed by moves to hale him before the International Criminal Court (ICC) for crimes against humanity.
— Phil Star

Philippine-Australia ties: Challenges and opportunities
Australian Foreign Minister Julie Bishop is set to visit the country this week. The occasion is expected to bring to fore the challenges and opportunities that inform the long-standing relationship between the two countries. Trade, investment, and security are just some of the issues that will be raised, underscored by a shared interest in regional prosperity.
— The Standard

Philippines Commissions New Japan Coast Guard Vessel
This week, the Philippines commissioned the third of ten coast guard vessels it is received from Japan to help boost its maritime and law enforcement capabilities.
— The Diplomat

EU threatens to review Philippine access to GSP
A senior official of the European Union warned on Friday that the 28-nation block could review trade agreements with the Philippines if the death penalty bill becomes law and if summary killings continue unabated, The Manila Times Online reported on Saturday.
— Thai PBS

Malaysia to send new peacekeepers to Mindanao
Malaysia will replace on Tuesday its peacekeeping contingent in Mindanao with a new batch for a 12-month mission in conflict flashpoint areas.
— Phil Star