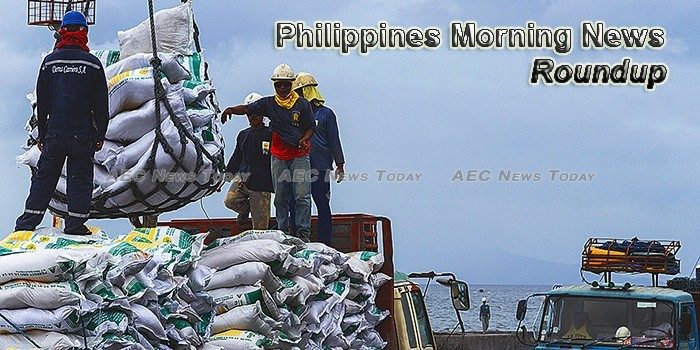 Dengue Vaccination Fiasco a Setback for Public Health Programmes (video)
As Philippine scientists and politicians fight over the failure of Asia’s first mass dengue vaccination programme the biggest casualty may be people’s trust and confidence in vaccination and other government-led public health programmes as effective ways to fight diseases.
— AEC News Today

Philippines, India among top 5 most ignorant countries
The list of 2017’s most ignorant countries is out and some names might surprise you.
The Perils of Perception 2017 study by Ipsos MORI assessed the perception of 29,133 people globally on topics regarding their nation among others. The topics included vaccination, diabetes, teenage pregnancy, terrorism among others.
— Khaleej Times

Duterte ends all foreign explorations in Philippine Rise
All marine explorations by foreign scientists at the Philippine Rise or Benham Rise are to come to an end at the order of President Rodrigo Duterte, according to The Manila Times Online on Wednesday(Feb 7).
— Thai PBS

China seeks to name sea features in Philippine Rise
Why is China interested in conducting research in the Philippine Rise, an area in the Western Pacific where it has no maritime territorial claim?
— Philstar

Filipino journalists risk their lives for truth
Journalists, writers, reporters and commentators will just have to curb their passion for speaking and exposing the truth if they want to continue to live.
— Ucanews

Sanofi: No proof that vaccine linked to Philippines deaths
Drugmaker Sanofi insists there’s no evidence of a link between the world’s first dengue vaccine and children’s deaths in the Philippines.
— The Washington Post

What Does the Philippines’ New Attack Helicopters Deal Mean for its Military Modernization?
A closer look at the broader context and significance of a new headline-grabbing purchase.
— The Diplomat

P1.8B of drugs wasted in 2017 – Duque
HEALTH Secretary Francisco Duque 3rd on Wednesday admitted that 10 percent or P1.8 billion of the yearly budget for drugs, medicines, and vaccines goes to waste because of overstocking and weak inventory or supply chain system.
— The Manila Times

PH eyes more shipbuilding investments
The Department of Trade and Industry, through the Center for International Trade Expositions and Missions (DTI-CITEM), seeks to expand the Philippines’ shipbuilding sector in its first-ever participation in the 15th Asia Pacific Maritime happening next month.
— Hellenic Shipping News

Philippines ‘not too soft’ on China, Palace says
THE Philippines, as it moves towards bolstering ties with China, will not concede its policies in acknowledging the importance of maintaining stability and freedom of navigation in the South China Sea, Malacañang said Wednesday, February 7.
— SunStar Manila

Ottawa orders review of controversial helicopter deal with the Philippines
The Trudeau government is taking a second look at plans to sell 16 Canadian-made helicopters to the Philippine military as concerns continue to mount about how the aircraft will be used.
— The Globe And Mail

San Miguel sets P700-billion five-year capex
Conglomerate San Miguel Corp. is allotting some P700 billion in capital expenditures (capex) over the next five years to fund the expansion of its core and new businesses.
— BusinessMirror

PLDT to surrender Cure frequency to govt
PLDT Chairman Manuel V. Pangilinan has decided to surrender one of the group’s 3G frequencies to the government at no cost following President Rodrigo Duterte’s flat refusal to buy cellular spectrum from private firms.
— The Manila Times