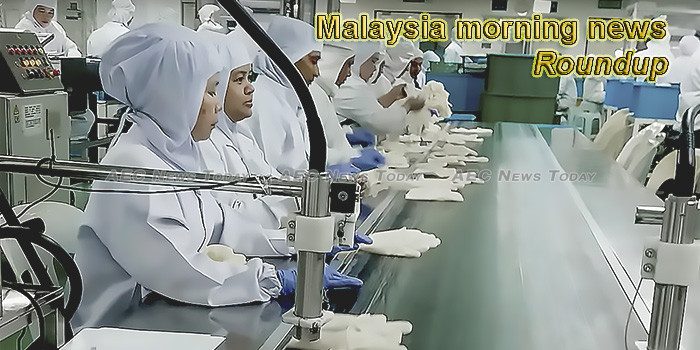 KL rises in world’s most expensive location
Kuala Lumpur remains the highest placed Malaysian city as par of the findings of the latest Cost of Living survey published by ECA International, the world’s leading provider of knowledge, information and software for the management and assignment of employees around the world.
— The Borneo Post

Malaysia to ban export of four fish species and shrimp in Jan-Feb 2019
The Malaysian government has announced that it will prohibit the export of four species of wild-caught fish and shrimp to meet the shortage in the domestic market during the monsoon and festive seasons, a week after Putrajaya said that it was looking into limiting or stopping the export of eggs.
— Yahoo News

Malaysia on the hunt for an egg cartel after prices jump
An almost 30 per cent jump in egg prices in just one week has prompted a Malaysian government investigation into potential collusion.
— The Straits Times

Zahid Steps Aside as Leader of Malaysia’s Main Opposition Party
The president of Malaysia’s longest-ruling party relinquished his duties Tuesday, after 17 of its 54 members of parliament abandoned the party over the last six months in what analysts said showed its failure to adapt to being in the opposition.
— Benar News

World Bank sees Malaysia’s economy slowing down
The World Bank has again revised downward this year’s forecast for Malaysia’s economic growth to 4.7 per cent from 4.9 per cent after factoring in rigorous cuts in government spending and slowdown in private and public investment.
— New Straits Times

Malaysia is concerned about Uighurs in Xinjiang, China
Malaysia condemns all forms of oppression against any ethnic or minority group as long as their human rights struggle is based on the law and constitution of the country.
— The Star Online

LinkedIn to set up office in Malaysia
World’s largest professional network LinkedIn will be setting up an office in Malaysia in the first quarter of 2019 to serve its four million members in the country and to scale up its business in Asia Pacific.
— New Straits Times

FBM KLCI to touch 1,830 by end-2019
MIDF Research expects the benchmark FTSE Bursa Malaysia KLCI (FBM KLCI) to rebound to 1,830 by end-2019, supported by the recovery in corporate earnings.
— The Star Online

Malaysia police beef up security at Selangor Hindu temple, as fireman killed in riot buried
Nearly 400 Malaysian police personnel have moved to secure a Hindu temple and the business complex of a property developer that is at the centre of a land dispute which sparked clashes at the religious site late last month.
— The Straits Times

Time to champion the Malaysian agenda, says academic
An academic has urged political parties to stop operating along ethnocentric lines and to begin championing the “Malaysian agenda” instead.
— FMT

Felda’s transformation – 31 initiatives in 3 phases
The Federal Land Development Authority (Felda), which is undergoing a transformation plan, has identified 31 strategic initiatives to be implemented over three phases.
— The Sun Daily

The Datai Langkawi: The global luxury destination presents a new rejuvenated visage as the world’s unparalleled rainforest resort
After 25 years in an expansive site of more than 46 acres, The Datai Langkawi is ready to reveal its newly refurbished interiors and facilities without compromising the Datai’s DNA, following a 12-month renovation programme.
— AEC News Today/ PR Newswire (media release)

Umno is not directionless, Dr Mahathir is guiding it
Umno appears to be collapsing. In the first election for the then Federal Legislative Council in 1955, Umno won 34 of 55 seats. In 2004, it held 109 of the 219 seats. In the May 9 general election, it won 54 of 222 parliamentary seats, making it the largest party in Parliament.
— FMT

Malaysia morning news for May 7