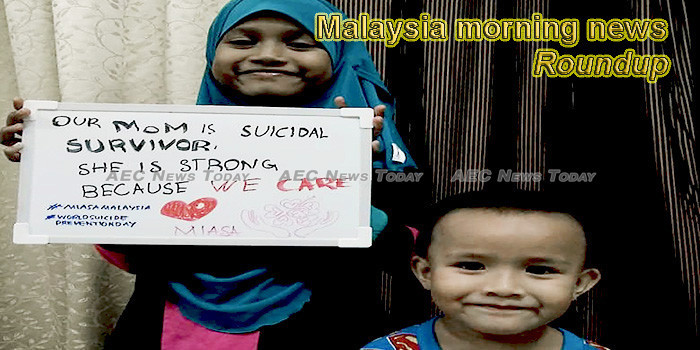 Zuraida: Malaysia ready for smart cities in five years
It will be another five years before most of the country is ready for the “smart city” concept, Housing and Local Government Minister Zuraida Kamaruddin said today.
— Malay Mail

Asean’s best universities for 2020: Brunei joins Singapore, Malaysia, Philippines
The annual world’s best university rankings from Times Higher Education (THE) has been freshly unveiled with some surprises at the top of the best Asean universities sublist for 2020 due to the increasing ascension by Chinese universities in the global rankings.
— AEC News Today

Malaysia piles up pressure on Indonesia over smog-belching fires
Malaysia has stepped up pressure on neighbouring Indonesia to tackle huge blazes tearing through its rainforests and smothering Southeast Asia in smog, as fires typically started to clear land for crops send diplomatic tensions soaring.
— Khmer Times

MAHB: August passenger movements up 7.5%
Malaysia Airports Holdings Bhd (MAHB) reported 12.7 million passenger movements across its network of airports in August, representing a 7.5% year-on-yearincrease from the same month of the previous year.
— The Sun Daily

Penang to activate public health advisory as air pollution climbs
The Air Pollutant Index (API) readings in the southwest side of Penang island is now at an unhealthy 114, prompting the state government to come up with a health awareness advisory for the public.
— Malay Mail

Malaysia not transparent about its own forest fires, says Indonesian minister
Haze that has been shrouding parts of Malaysia did not entirely originate from Indonesia, the archipelago’s Environmental Affairs and Forestry Minister Siti Nurbaya Bakar said on Wednesday (Sep 11), as she urged Malaysia to be more transparent about the situation.
— CNA

Zahid: Dr M should retract ‘racist’ label on DAP before asking PAS to take back ‘kafir’ remarks
Prime Minister Tun Dr Mahathir Mohamad had, at one point, labelled DAP a racist party, and he himself has yet to retract such a statement, says Umno president, Datuk Seri Ahmad Zahid Hamidi.
— The Star Online

Prince Edward presents Gold Award to 254 young M’sians
A total of 254 young Malaysians received the prestigious Gold Award of the International Award for Young People this year.
— The Star Online

IRB applies for Tengku Adnan tax case to be decided through summary judgement
The Inland Revenue Board (IRB) has applied for its suit against former Federal Territories Minister Datuk Seri Tengku Adnan Tengku Mansor (pix), seeking RM57.17mil in income tax arrears for the period between 2012 and 2017, to be decided via summary judgment.
— The Sun Daily

RM315.96m in Socso compensation for accidents to and from workplace
The Social Security Organisation (Socso) had paid out RM315.96 million in compensation between January and May this year for cases of accidents involving workers while travelling to and from their workplace.
— The Sun Daily

Validity of US 1MDB forfeitures still up in the air as Obaid continues challenge
Former PetroSaudi International chief executive Tarek Obaid has resumed his lawsuit in the US to challenge the country’s authority to forfeit assets he allegedly procured using funds misappropriated from 1MDB.
— Malay Mail

MACC probing judge, cop for khalwat bribery
A lower Shariah Court judge and a policeman will be detained for five days from today in connection with a bribery case.
— Malay Mail