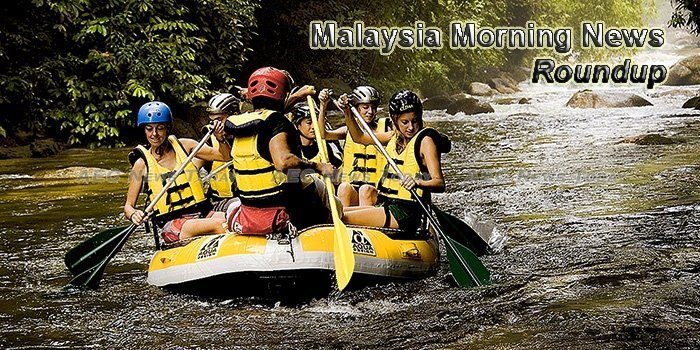 Malaysia, Abu Dhabi to settle dispute over 1MDB debt
Malaysia and Abu Dhabi have reached a settlement on a dispute involving billions of dollars in debt obligations of 1Malaysia Development Berhad (1MDB) that is at the centre of an international money-laundering probe.
— The Star Online

Malaysia has no fear of the facts: Najib
Freedom of speech and of the press is thriving in Malaysia and people are free to criticise the government, says Prime Minister Najib Razak, dispelling notions that Putrajaya has cracked down on dissenting voices.
— Today Online

Malaysia’s EPF eyes direct natural resources investments in bid to diversify
Malaysia’s Employees Provident Fund (EPF) is mulling direct investments in plantation and forestry assets to diversify its holdings and beef up its portfolio of long term assets, the chief executive of the state pension fund said on Thursday.
— Reuters

Malaysia most active M&A country in Southeast Asia in 1Q — report
Malaysia took pole position as Southeast Asia’s most active country in terms of the number of merger and acquisition (M&A) deals in the first quarter of 2017 (1Q17), with a total of 26 deals worth US$1.9 billion (RM8.36 billion), according to Mergermarket.
— The Edge Markets

Big data in healthcare: What we (need to) know
The use of big data analytics to document, track and forecast trends is becoming increasingly popular and commonplace in every industry with the goal of increasing productivity and efficiency.
— Malay Mail Online

Survey: More than 70pc willing to fork out RM750,000 for a home
A study on home buyers showed 73 per cent did not mind paying between RM300,000 and RM750,000 for a residential property, including condominiums and houses.
— Malay Mail Online

Malaysia Morning News For May 10