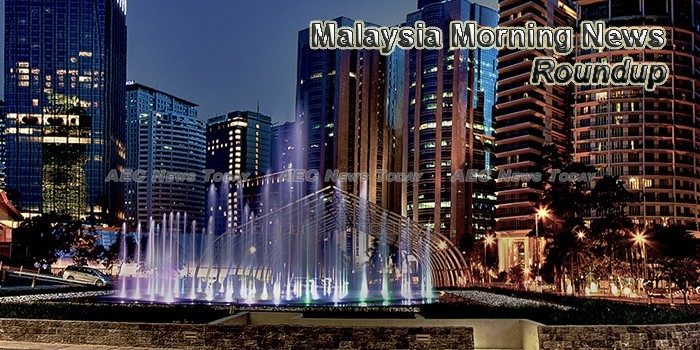 Malaysia Banking on New Tourism Developments to Boost Visitor Arrivals in 2018
Malaysia is eyeing a total of 33.1 million tourists and RM134 billion receipts for 2018 on the back of new tourism developments expected for this year.
— TravelNewsAsia

FinTech firms in Malaysia show strong growth aspirations
A strong 73 per cent financial technology (FinTech) firms in Malaysia are planning to expand their footprint beyond their current markets, according to the Asean FinTech Census 2018 study by Ernst & Young (EY)
— New Straits Times

As GE14 draws near…or, why hold elections?
On the eve of GE13 (the 13th General Elections) in 2013, a senior member of the international press called me on the phone in Kuala Lumpur.
— New Mandala

Ringgit slips amid conflicting market signals
The ringgit opened lower against the US dollar today amidst contradictory signals abounding and with markets positioning for a trade war to escalate, lower oil prices as well as domestic headwinds starting to blow, a dealer said.
— The Star Online

U.S. State Department concerned by Malaysia’s ‘fake news’ bill
The U.S. State Department expressed concern on Tuesday at the Malaysian parliament’s approval of a bill that would allow prison terms of up to six years for spreading “fake news” – an expression frequently used by U.S. President Donald Trump.
— Business Insider

18 more laws to be amended before Malaysia can ratify CPTPP
Members of Parliament in Malaysia need to amend 18 more laws before the country can ratify the Comprehensive and Progressive Agreement for Trans-Pacific Partnership (CPTPP).
— New Straits Times

UMW still pursuing takeover offer for MBM Resources
UWM Holdings Bhd is still not giving up on its take over bid for MBM Resources Bhd despite being rejected for the second time.
— The Sun Daily

Rural development on target
Prime Minister Datuk Seri Najib Razak had promised, in 2013, to transform rural areas in Malaysia. This was to raise the standard of living of the rural communities so that they were on a par with the urban people, he had said then.
— New Straits Times

With ‘unforgettable’ bag, Malaysian shoppers paid to cut plastic waste
British supermarket group Tesco has launched a scheme in Malaysia based on bags with barcodes, giving customers discounts on their shopping every time they reuse the bags.
— The Observer