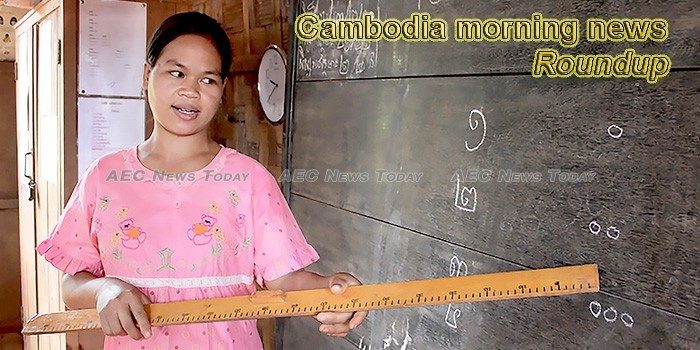 Malaysia and Cambodia offer two Asian narratives of change at UN
Two veteran Southeast Asian leaders appearing at the United Nations on Friday present a microcosm of a dynamic region enjoying rapid economic growth but struggling to fan away egregious human-rights problems that follow it like a bad smell.
– Business Mirror/ AP

C.B. Skelton Relates a True Story of a Man Overcoming Incredible Struggles With Having Only Faith as a Weapon
The author presents the true story of SamSan, a Cambodian refugee, who faced and overcame numerous challenges in life through hope and faith.
– WebWire

Cambodia PM warns at UN against questioning of one-party election
Cambodian Prime Minister Hun Sen warned Friday against any questioning of the legitimacy of his controversial reelection after a top UN official doubted whether the polls could be regarded as democratic.
– Pulse.ng

Scholar Advises Using Drones to Hunt for MH370 in Cambodia – Reports
The expert advised thoroughly searching the suspected crash site in Cambodia, if only to “rule out this possibility.”
– Sputnik

Cambodia upholds OHCHR mandate
The Prime Minister announced that Cambodia will uphold the Memorandum of Understanding concerning the Office of the United Nations High Commissioner for Human Rights (OHCHR) allowing it to continue to operate in Cambodia for two more years.
– Khmer Times

US businessmen seek improved ties to Cambodia
US-ASEAN Business Council President Alexander Feldman wants Cambodia and the US to maintain and improve their relationship.
– Khmer Times

ADB Revises Down Cambodia’s Inflation Forecast
The Asian Development Bank (ADB) has updated its forecast for Cambodia, revising down its estimate of the country’s inflation rate to 2.6 percent from 3.2 percent.
– VOA

PM seeks win-win solution in New York
Prime Minister Hun Sen on Friday said that Cambodia will allow the United States to continue searching for the remains of American soldiers killed in the Vietnam War if the US lifts its visa restrictions on high-ranking government officials.
– Khmer Times

From Newcastle and New Zealand to the Killing Fields of Cambodia
It was June 1978 when Hilary received her final letter from her brother John. “He used to write to me on his travels,” she tells me, 40 years later. “They were getting the boat ready and he was going on his final trip before coming home.”
– The Independent