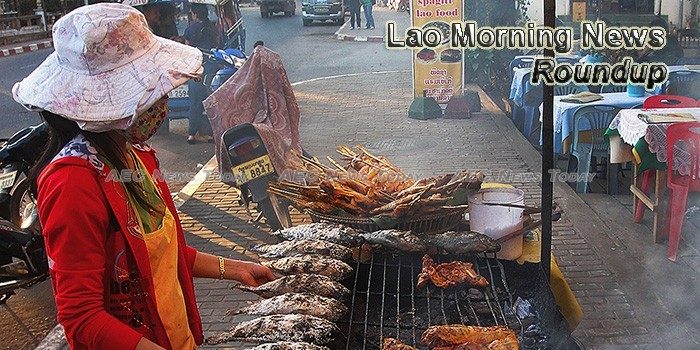 Bananas from Laos obtain export permission for China
According to news from the Jiangsu Office for Quality Supervision, Inspection, and Quarantine, the Chinese General Administration of Quality Supervision, Inspection and Quarantine, published an online report titled “Public Report on Requirements for Import of Laos Bananas” (2018 no. 16).
— Fresh Plaza

Job skills improving but higher standards needed: labour minister
Labour authorities and experts in Laos need to do more to improve workers’ skills in response to the needs of the job market.
— Vientiane Times

Farm training the key to helping Laos human trafficking survivors
Human trafficking is widespread in South-East Asia and in rural areas of Laos young women and girls are at a high risk of being trapped in the Thai sex trade.
— ABC

Lao gov’t to boost women’s role in leadership: report
The Lao government has continued to pursue a policy of encouraging more women to play a role in the country’s leadership, and vowed to increase the number of women in leading positions in state departments, said local daily Vientiane Times on Wednesday.
— Xinhua Net

Presidential Office Minister Receives New R. Korean Ambassador
Minister and Head of Presidential Office Khammeung Phongthady received in Vientiane on Mar 6 a courtesy call from the Ambassador of the Republic of Korea to the Lao PDR Shin Sung Soon as the latter has been recently appointed to the post.
— Lao News Agency