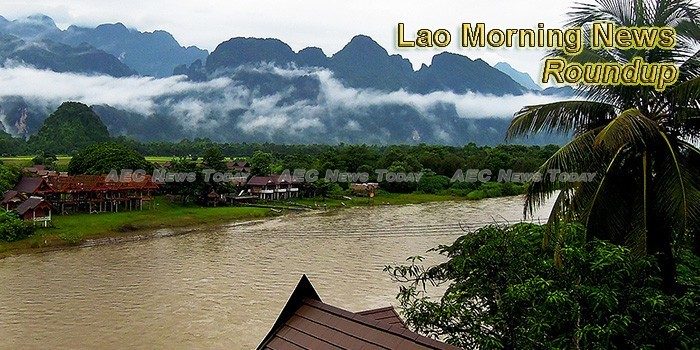 Centre opens to promote Langcang- Mekong cooperation
The Global Centre for Mekong Studies of Laos (GCMS-Laos) in Vientiane officially opened to the public on Wednesday, to promote cooperation among the six countries of the Lancang-Mekong region.
— Vientiane Times

Thailand-Laos bridge project planned
Approval has been given by the respective authorities in Thauland and Laos for a new bridge connecting the two countries.
— World High Ways

Exclusive Interview: How the capital of Laos is cleaning up
In April, Singapore announced plans for the ASEAN Smart City Network (ASCN), which consists of 26 cities from around the region.
— Govinsider.asia

Laos to upgrade quality of tourism to meet regional standards
The Lao tourism industry is moving forward with plans to upgrade the standards of staff working in tourism-related areas so they can compete with their counterparts on the Asean and international stages.
— Inquirer.net

Singapore Morning News For May 9