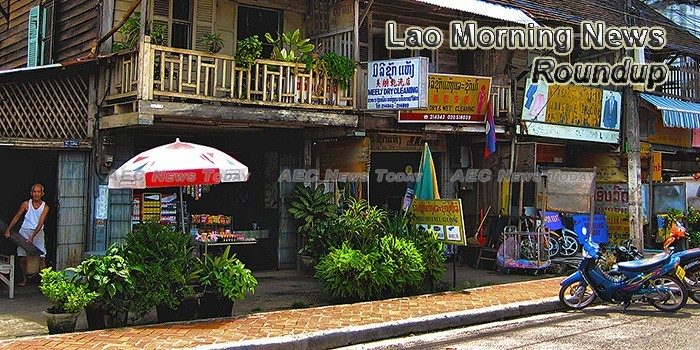 Lao expatriates pledge support for development efforts
Ethnic Lao who now live overseas have pledged to do more to unify Lao communities in their countries, as well as preserving their original national identity and supporting the government’s policy of people-based diplomacy.
— Vientiane Times

Lao Front agrees on plan of work for 2018
The Lao Front for National Development’s Committee approved by-elected and additional members, advisors on economics and law, and the work plan for this year, at its plenary meeting last week.
— Vientiane Times

Singapore Morning News For May 11