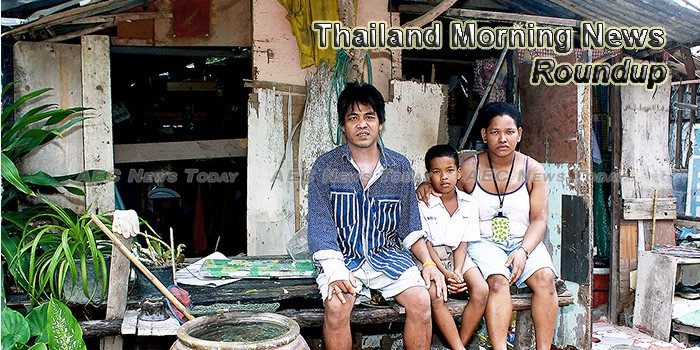 Households to sell solar power
The government will end the decade-long restriction on households and commercial buildings selling power generated by their solar rooftops to state utilities in the fourth quarter of the year.
— Bangkok Post

Min of Agriculture launches program to purchase farmers’ debt
The committee on specialized farmer development and rehabilitation fund has revised its debt-buying guidelines to better facilitate debt management for farmers. In the first round, the fund expects to purchase 166 million baht in debt from 871 farmers.
— NNT

Industry Ministry partners with UNIDO to develop EEC to 4.0 standards
The Ministry of Industry has invited UN organizations to help modernize the country’s industrial sector to satisfy its Industry 4.0 agenda and accommodate investment in 10 target industries in the Eastern Economic Corridor (EEC).
— NBT World (video)

Deal hatched for world’s top fintech hub
THAI logistics operator Best Group has entered into a joint venture with Hong Kong-listed property firm Hydoo International Holding Ltd to set up an exhibition centre in Bangkok that will also host the what the partners say will be the world’s largest financial technology (fintech) hub.
— The Nation

Private sector foresees healthy economy for remainder of 2017
The Joint Standing Committee on Commerce, Industry and Banking (JSCCIB) has forecast continued growth in the Thai economy for the rest of this year following better-than-expected economic indicators in the second quarter.
— NBT World (video)

“Thailand is a growing market for fruit, vegetables and plants”
As of 1 September, shipping agent Milestone Fresh has started a branch in Thailand, called Milestone Logistics Thai.
— Fresh Plaza