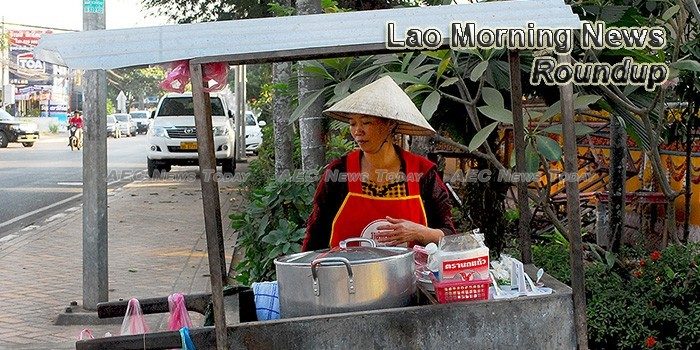 Will costs continue to cage Laos’ regional connectivity?
Laos is among the fastest growing economies in Southeast Asia: economic growth has averaged 7.8 per cent over the past decade. Despite the slow recovery of the global economy, the country’s growth rate was 6.9 per cent in 2017 and is expected to be 7 per cent in 2018. This is buoyed by an expansion in electricity production, manufacturing and agriculture, and it occurs despite a slight drop in tourist arrivals.
— East Asia Forum

Lao gov’t to submit Hin Nam Nor for UNESCO listing
The Lao government is to apply its Hin Nam Nor National Protected Area to UNESCO’s list of world heritage sites next year, local online newspaper Vientiane Times quoted an official as saying on Sunday.
— Xinhua Net

Gov’t chief affirms continued support for Laos’ socioeconomic development in 2018
The Government chief made the point while chairing a meeting on Saturday to review cooperation with Laos in 2017 and discuss cooperation orientations with the neighbor in 2018.
— VIETNAMNET Bridge

Cassava farmers await payment five years on
Many of the nation’s cassava farmers remain desperate to recover money that the Lao-Indochina Group Public Company has owed them since failing to pay for their produce in 2012.
— Vientiane Times

Myanmar Morning News For May 9