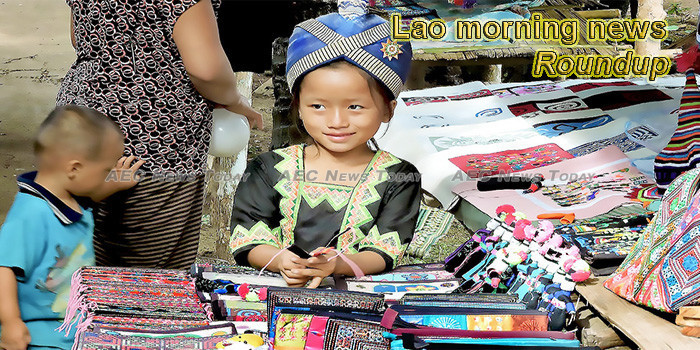 China-Laos railway marred by compensation issues and pollution
The new China-Laos railway is spanning the Mekong River and drilling through mountains. So far, many local Laotians are seeing more trouble than benefits from the project.
— Asean Today

NA inspection unearths over 150 duplicate land titles
Some 153 land titles have been found to be duplicates as a result of the National Assembly’s recent inspection, a senior lawmaker has confirmed.
— Vientiane Times

White charcoal makers plant more trees to boost exports
The White Charcoal Producers for Export Group (WPEG) is working with the government and local communities on a project to plant Cratexylum formosum (mai tiew) saplings in some of the country’s least developed regions in the hope it will help boost trade and eradicate poverty.
— Vientiane Times

Vientiane, Lao-ITECC join forces for Job Fair
The Vientiane Labour and Social Welfare Department and the Lao International Trade Exhibition and Convention Centre (Lao-ITECC) are working together to hold the Job Fair 2019 in the capital from October 16 to 20.
— Vientiane Times (paywall)

NA Approves Two Senior-Level Appointments
Last Friday, Jun 7, 2019, witnessed the approval of two high-level appointments by people’s representatives at their ongoing 7th ordinary session. The approval of the appointment was according to the proposals of President and Prime Minister.
— KPL

Can Tho, Vientiane boost cooperation
Leaders of the Mekong Delta city of Can Tho had a working session with a high-ranking delegation of the Lao capital Vientiane on June 10 to discuss bilateral multi-sector cooperation in the coming time.
— Vietnamplus

Overhauling agriculture to meet future challenges in Laos
The Food and Agriculture Organization of the UN (FAO) is providing technical assistance to the Ministry of Agriculture and Forestry (MAF) for better formulation and management of policies, strategies and projects in support of agricultural development in the country.
— Global Diaspora News

Of Singapore and Lao
Recently The ASEAN Post published two articles on Save the Children’s Global Childhood Report 2019.
— The Asean Post

DVV International gives boost to adult education
Government officials together with stakeholders from other countries and international organisations met in Vientiane on Thursday to review their work with regard to Adult Learning Education, coinciding with the 50th anniversary of DVV International.
— Vientiane Times (paywall)

Laos look to turn the tables
The visiting Laos team looked upbeat during a training session on astro-turf at the Birshreshtha Shaheed Mostafa Kamal Stadium yesterday despite having suffered a 1-0 defeat against Bangladesh at home in their first-leg match of the 2022 World Cup and 2013 Asian Cup pre-qualifiers.
— The Daily Star

Lao Morning News For May 26