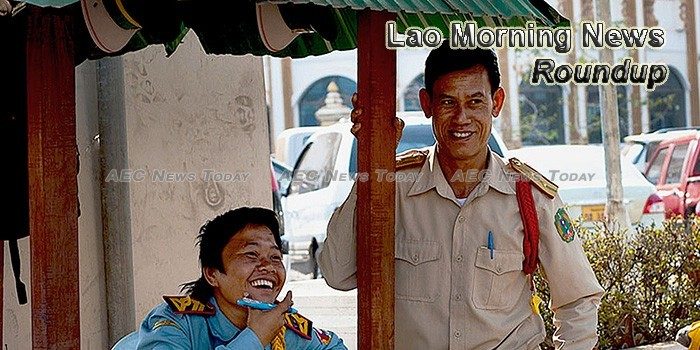 Paediatrician urges caution over infectious diseases
About 80-90 percent of Lao children suffer from infectious diseases, and parents are advised to pay special attention to this problem. President of the Pediatrics Association of Laos, Associate Prof.
— Vientiane Times

Inefficient state firms facing up to significant reform
Nearly 100 state-owned enterprises in Laos are expected to undergo significant structural reforms including increased privatisation after the government found them to be operating inefficiently, according to a government report.
— Vientiane Times

PM Urges Empowering Disadvantaged Children
Prime Minister Thongloun Sisoulith has urged Party and government organisations, international organizations, mass organizations, business community and people of all ethnic groups to increase contribution to the development of SOS Children’s Villages and work side by side with the villages to help disadvantaged children in the Lao PDR.
— Lao News Agency

Progress on Savannakhet Road No. 9 bridges approaching halfway
Construction of two new bridges along National Road No. 9 – the Xekoumkam Bridge and the Xethamuak Bridge – in Savannakhet province is now 44 percent complete.
— Vientiane Times

EPF supports protection of forests, wildlife habitats in seven provinces
The Environmental Protection Fund (EPF) has forecast a budget of over 188 billion kip to support its environmental protection activities in seven target provinces of the country.
— Vientiane Times