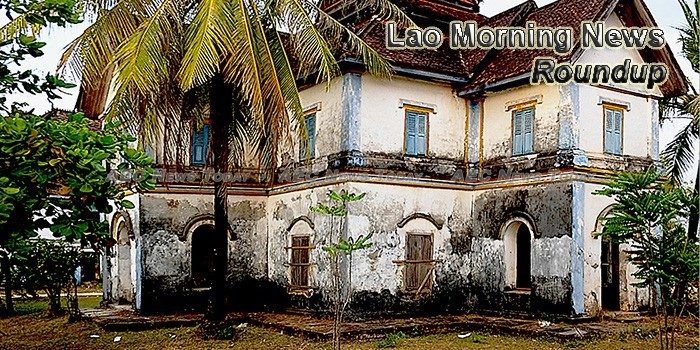 Laos Set to Graduate From Least Developed Country Status by 2024
For the first time since it was identified by the United Nations as one of the world’s Least Developing Countries (LDC), Laos has fulfilled the eligibility criteria to be removed from the list, and could see its status upgraded as early as 2024, according to the U.N.’s Economic and Social Council (ECOSOC).
— Radio Free Asia

Laos loses millions of dollars due to overvalued projects
The construction cost of many projects with State investment have been found to be too expensive and exceeding the realistic value, inspectors have confirmed.
— Vientiane Times

Laos Extends Sympathy Over Plane Crash In Algeria
Minister of Foreign Affairs Saleumxay Kommasith has sent a message of sympathy to his Algerian counterpart Abdelkader Masahel over the military plane crash taking place near the Algerian capital, Algiers, killing 257 people on board on Apr 11.
— Lao News Agency

Discipline enforced upon errant officials in Huaphan
Huaphan province moved to punish thirteen officials over the past twelve months, according to the provincial annual inspection report for 2017.
— Vientiane Times