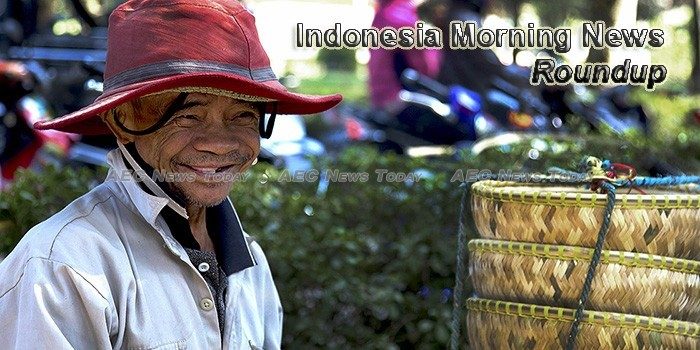 Gov’t to Finalize Freeport Divestment by End of April
Energy and Mineral Resources Minister Ignasius Jonan on Monday (05/03) said the government plans to conclude the divestment process of US mining giant Freeport-McMoRan’s subsidiary, Freeport Indonesia, by the end of April.
— Jakarta Globe

Unrelated with Politics, Govt Decides Not to Raise Fuel Price and Electricity Tariff Until 2019
The government through the Ministry of Energy and Mineral Resources ensures the price of fuel oil (BBM) does not rise in order to maintain the purchasing power of society.
— Netral News

Indonesia’s Ride-Hailing App Go-Jek Considers Stock Listing
Indonesian start-up Go-Jek is considering an initial public offering (IPO) in Indonesia and possibly at another exchange in the region, the company’s president Andre Soelistyo told reporters in Jakarta on March 5, but details on timing and float size haven’t been decided yet, Reuters reported.
— Investvine

Indonesia stocks lower at close of trade; IDX Composite Index down 0.48%
Indonesia stocks were lower after the close on Monday, as losses in the Basic Industry, Financials and Agriculture sectors led shares lower.
— Investing.com

Shoot Drug Suspects If They Resist Arrest: Indonesia’s New Anti-drugs Chief
Indonesia’s new anti-drug czar pledged Monday to carry on with the programs and policies of his predecessor, including gunning down narcotics suspects who violently resist arrest.
— Benar News

Endangered Sumatran tiger killed, disemboweled in Indonesia
Villagers in an Indonesian community killed and disemboweled a Sumatran tiger after it apparently attacked locals, a conservation official told the Agence France-Presse (AFP) news agency on Monday. Locals in northern Sumatra’s Hatorangan village reportedly put the endangered tiger on display by hanging it from a ceiling.
— CBS News

BRI Syariah Set to Offer 30 Percent Shares to Public
PT Bank BRI Syariah is planning to release some of its shares to the public through initial public offering or IPO. The number of shares to be offered is about 30 percent of the total paid-up capital of the company with an estimated proceeds of IDR1 trillion.
— Netral News

Drivers reject plan to ban use of phone while driving
Drivers of app-based motorcycle taxis have expressed their opposition to a planned crackdown on the use of mobile phones on the road.
— The Jakarta Post

Indonesia growth to pick up in 2018: QNB
DOHA: Growth in Indonesia has been remarkably steady for the last four years, barely diverging from the 5.0 percent level and coming in at 5.1 percent in 2017.
— MENAFN.COM