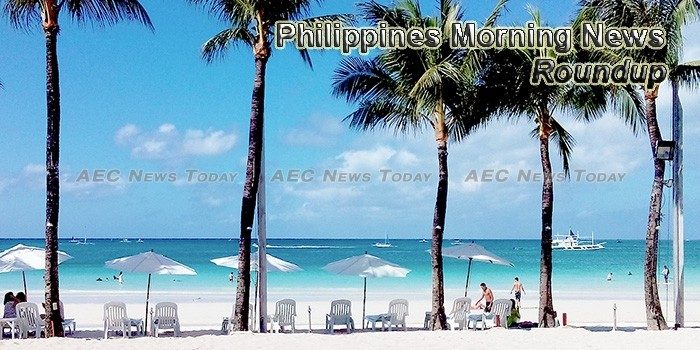 You can spin voters and the media, but currency traders are a harder lot to fool. That’s dawning on Filipinos as markets render a damning verdict on Rodrigo Duterte’s 266 days in the presidential palace.
– Barron’s Asia

SEC suspends licenses of 84 lenders
In support of President Duterte’s crackdown on usurious lending, the Securities and Exchange Commission has suspended the primary licenses of 84 lending companies which were found conducting lending operations without authority.
– Philippine Daily Inquirer

Myths in the Philippines’ tax reform bill
The current tax reform proposal of the Duterte administration promises to improve the Philippines’ competitiveness mainly by reducing income tax rates and cutting exemptions in value-added tax (VAT) and other fiscal incentives. The proposal has somehow created three myths in taxation.
– BusinessWorld Online

Philippines’ spectacular growth set to continue, Manila says
The Philippine economy is expected to expand between 6.5 and 7 per cent in the first quarter or faster, the economic planning minister said on Thursday, putting the government on track to meet its full-year target.
– The National

Gov’t posted P2.2-B budget surplus in January
Double-digit jumps in the collections of the two biggest tax agencies alongside steady growth in government spending brought the state’s budget position to a surplus of P2.2 billion in January.
– Philippine Daily Inquirer

Duterte blasts ‘US inaction’ in South China Sea
Philippine President Rodrigo Duterte on Thursday accused the United States of having a provocative stance on the South China Sea and said its inaction when China started building man-made islands was the cause of tensions now besetting the region.
– Reuters

Philippines plans to raise at least $596 mln from retail bond sale
The Philippines plans to sell at least 30 billion pesos ($596 million) worth of three-year retail treasury bonds to provide small investors with safe investment options, the Bureau of Treasury said on Thursday.
– Reuters

Lazada on mission to spur e-commerce
As Lazada celebrates its fifth year in the Philippines, the people behind Southeast Asia’s largest online marketplace are embarking on a mission: to make the country one of the “dominant players” in the global e-commerce industry.
– Philippine Daily Inquirer

Duterte says China promised not to build structures on Panatag Shoal
The Philippines and China have apparently agreed to put friendship ahead of its territorial spat for now.
— Manila Bulletin

Tuberculosis risk 23 times higher in Philippine detention facilities
Every day, 38 Filipinos die from tuberculosis (TB), a highly contagious but preventable disease. According to the 2016 Global Tuberculosis Report, the Philippines ranked eighth among the 30 countries with the largest number of TB cases in the world.
— ABS-CBN

New York Times takes over Philippine Daily Inquirer
THAT isn’t at all an exaggeration. It in fact happened yesterday, when the Philippine Daily Inquirer (PDI) published as its most important article for the day—called the “banner headline”—an extremely biased New York Times (NYT) opinion piece disguised as a news story that was extremely condemnatory of President Duterte.
— The Manila Times

Forget jet skis, Chinese choppers can take Duterte to disputed islands
President Rodrigo Duterte has backtracked on his campaign promise to take a jet ski to the disputed islands in the West Philippine Sea to assert the country’s sovereignty.
— Phil Star

Ask govt to stop killings, UN rapporteur urges tourism chief
Instead of asking the media to “tone down” its reports on killings, Tourism Secretary Wanda Teo must ask the government to stop the killings linked to the war on drugs, a United Nations rapporteur said.
— ABS-CBN

Gov’t selling at least P30-B retail bonds
THE GOVERNMENT will sell at least P30 billion worth of three-year retail treasury bonds (RTBs) starting March 28, the Treasury bureau announced yesterday, explaining that this debt offer aimed partly at enticing more of the general public “to get into the habit of investing.”
— Business World

Revenue growth outpaces spending to yield Jan. surplus
THE GOVERNMENT began the year with a fiscal surplus as revenues grew faster than spending, according to data released yesterday by the Treasury bureau.
— Business World

Economic planner sees Q1 GDP growing at least 6.5-7%
The Philippines is among the world’s fastest-growing economies with gross domestic product (GDP) expanding by 6.8% in 2016, a three-year high.
— Business World

Duterte: Myanmar should use the many opportunities for education and training that Philippines offer
In his address Duterte, stressed the importance of inclusive economic growth in the region. “In trade and investment, we must sustain our growth rates so that everyone, I mean everyone in our societies enjoy the blessings of prosperity.”
— Consult-Myanmar

Why Duterte’s big election promise was always doomed to fail
President Duterte made a presidential campaign promise to win back the disputed territory of Sabah. He already knew he would never be able to deliver.
— Asean Today