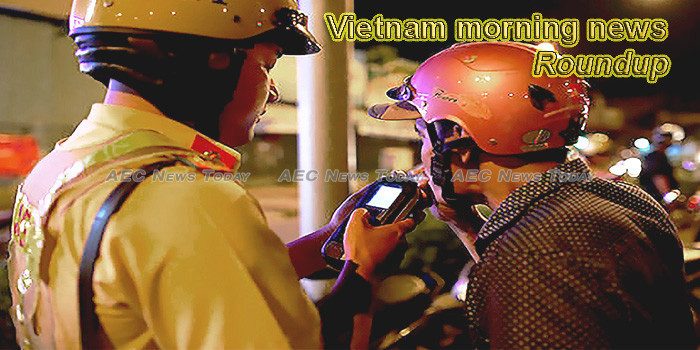 Internet Companies Hit By Vietnam’s New Cybersecurity Law
A law requiring Internet companies in Vietnam to remove content the country’s authorities deem to be against the state came into effect January 1, in a move critics called “a totalitarian model of information control,” AFP reported.
— Investvine

Vietnam lacking IT workers despite higher salaries: TopDev
Vietnam will be short of 70,000 to 90,000 information and technology (IT) workers next year despite increasing salary and welfare, according to a TopDev, a recruitment network and ecosystem in mobile and IT, report on the IT market in Viá»‡t Nam.
— Viet Nam News

Vietnam braces for first tropical storm of 2019
A tropical depression in the Truong Sa Archipelago has gained strength and become Vietnam’s first storm of 2019.
— VN Express

The singer raising her voice against Vietnam’s new cyber law
Dressed in the traditional Vietnamese long gown known as “ao dai”, dissident artist Do Nguyen Mai Khoi holds up a banner in a silent protest amid the roar of traffic in the capital’s Old Quarter.
— Al Jazeera

Amusement parks a popular spot during New Year holiday
Locals of all ages in HCM City spent part of their time during the New Year’s holiday at amusement parks in the city.
— Viet Nam News

Sweden to support Vietnam in training English
The Vietnam’s Ministry of Education and Training and The Embassy of Sweden in Hanoi, Vietnam have signed an agreement to boost cooperation in teaching and learning English in higher education in the 2018-2020 period.
— Vietnam Insider

Firms optimistic about business in Q1 2019
A majority of firms in the manufacturing and processing industry were optimistic about their production and business activities for the first quarter of 2019, according to a survey by the General Statistics Office (GSO).
— Viet Nam News

Processing – major contributor to Vietnam’s economy
Â With certain advantages, Vietnam has been the destination for many multinational businesses to seek processors, and processing in turn have become a major growth engine of the economy.
— Viet Nam Net

Property market waits for regulations
The property market awaits technical standards for the development of small apartments, which may become a trend to deal with the housing crisis caused by the country’s rapid urbanisation.
— VNA NET