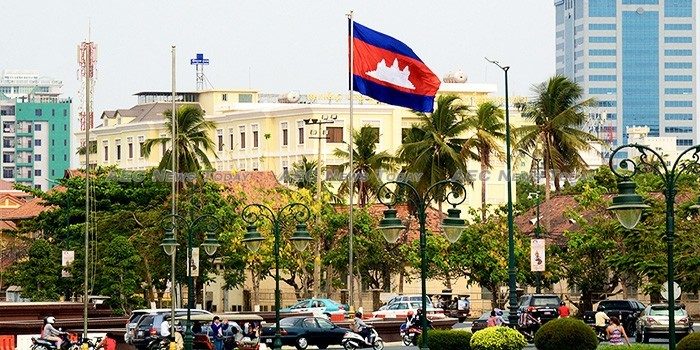 Following its graduation from least developed country (LCD) to lower-middle income status in July 2016 the Cambodia economy has remained healthy. In 2017 Cambodia GDP growth came in at 6.9 per cent, driven by the tourism sector, an ongoing construction boom, and the gradual emergence of non-textile exports.

In the first ten months of 2017 Cambodia received 4.3 million international tourists, an increase of 10.4 per cent compared with the same period in 2016. This was partly due to newly-established direct regional flights, as well as government initiatives to boost arrivals.

The Cambodia construction sector continues to grow robustly with investment into the sector during the first ten months of 2017 reaching US$6.26 billion, a 27 per cent increase over the same period in 2016. Exports of machinery and auto parts also picked up, while the number of Cambodia factories dedicated to electrical machinery and auto parts increased from 46 in 2012 (5.1 per cent of manufacturing) to 121 in 2017 (7.1 per cent of manufacturing).

The slowdown in Cambodia textile exports reflects a decrease in productivity, an increasingly competitive global market, the high cost of transportation and energy, as well as rising labour costs.

In 2017 the minimum wage for the Cambodia garment and footwear sector was $153 a month. This increased to $170 a month at the start of this year driving the minimum wage in Cambodia higher than that of other countries with large garment industries such as Bangladesh and Myanmar.

The 2017 Global Competitiveness Report ranks Cambodia as one of the least competitive countries in Asean. Hampered by a poorly educated workforce, inefficient institutions, a lack of infrastructure, and low levels of business sophistication and innovation, Cambodia ranked 94 out of 137 economies in last years rankings — falling from 89 in the previous year’s report.

It is clear that Cambodia can no longer depend on the same old growth drivers. For the last two decades, Cambodia has relied on garments, rice, tourism, and construction as its growth-supporting industries. This provides limited sectoral diversity and exposes the Cambodia economy to demand disruptions and price shocks.

Cambodia’s export base is currently narrow. Garments account for almost 70 per cent of total Cambodia exports and are primarily destined for US and European markets, which exposes Cambodia’s economy to sector- and country-specific shocks.

Siem Reap (the home of Angkor Wat) and the capital Phnom Penh are the country’s biggest tourist draws by far, which highlights the tourism sector’s lack of diversification.

To sustain long-term healthy growth, Cambodia needs to diversify and upgrade its economy.

These emerging products are currently exported in small quantities, but will soon become more competitive and provide opportunities for future growth and diversification.

Similarly, Cambodia can channel investment into developing additional potential tourism destinations such as the coastal areas of the southwest, and the mountainous northeast provinces. There is also the potential to develop the surrounds of Tonle Sap and other eco-tourism sites across the country.

However, moving into higher value-added production and climbing the global value chain will require sustained improvements in infrastructure, human capital, and governance.

While Cambodia has made progress in improving its infrastructure network, it remains one of the least developed in the region. Additional investment is greatly needed to improve the quality of road, air, and sea transport infrastructure, and the cost of electricity (which is among the highest in Asean) needs to be reduced.

Stronger human capital is vital for facilitating economic diversification and job creation. Cambodia’s education system is weak and government expenditure in this sector is comparatively low. Skills mismatches and gaps in the Cambodia labour market are also evident.

Cambodia has opportunities to enhance the quality of learning and increase the educational attainment of its workforce. Education reforms should focus on:

There are also opportunities to improve the regulatory framework for doing business in Cambodia.

Some progress has already been made: the government made starting a business in Cambodia easier by simplifying company name checks, streamlining tax registration, and eliminating the requirement to publish the new company’s incorporation in the official gazette.

However, Cambodia must do more in order to reduce corruption, strengthen policy stability, and cut logistical costs — all of which complicate business in the kingdom.

This article was written by Pheakdey Heng, a founder and chairman of Enrich Institute. It first appeared on East Asia Forum under a Creative Commons License and is reproduced here with its permission.