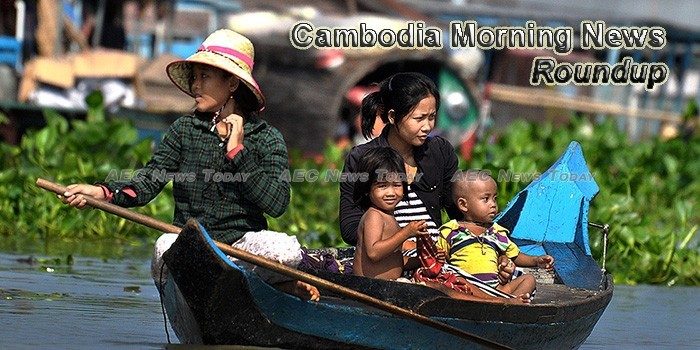 Brick prices climb to towering highs on demand from Sihanoukville
Brick prices in Cambodia have risen sharply in the last year, a trend that has accelerated over the first two months of this year due to growing demand from the rapidly developing coastal town of Sihanoukville.
— The Phnom Penh Post

Window closes for deal on mine project in Kratie
A deadline for an earn-in agreement involving Australian-listed Medusa Mining and Sea Resources to explore the Prek Kampi region of Kratie province passed on Thursday with no deal being reached, according to a UK-based news website.
— The Phnom Penh Post

Cambodian Leader Rejects Call for Talks from Opposition
Cambodian Prime Minister Hun Sen on Monday rejected a request from opposition leader Sam Rainsy for talks about the country’s political problems, denigrating his archrival as a traitor and a convict.
— VOA

Cambodia: 4 infographics on population, wealth, economy
Though Cambodia is the least developed country of ASEAN in economic terms, it is nonetheless on a track to rapid development thanks to new investments and business activity.
— Asean Up

Cambodia Creates Award to Encourage Women to Get Into Technology
The government has launched a new award for tech-savvy women who actively contribute to the growth of the technology sector in Cambodia.
— VOA