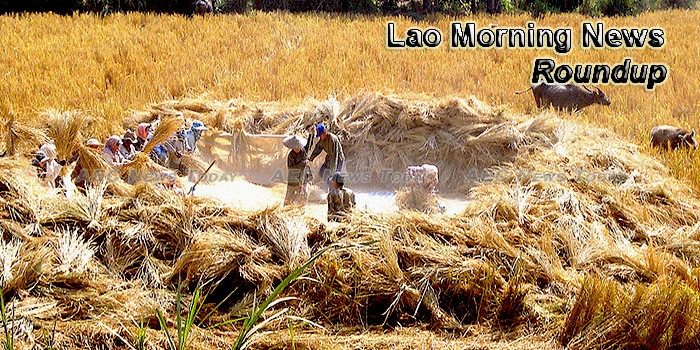 Value-added tax to replace guesswork in raising revenue from SMEs
The Ministry of Finance is in the process to introduce a value-added tax (VAT) on Small and Medium sized Enterprises (SMEs) after the scheme was implemented successfully elsewhere over the past seven to eight years.
—Vientiane Times

What’s behind Cambodia-Laos’ border flare-up?
After much sound, fury and troop deployments, it all ended with an embrace.
— Asia Times

Chinese Firm to Build US $40 Million Elephant Conservation, Breeding Center in Laos
A Chinese state-owned enterprise said on Saturday that it will build a U.S. $40 million elephant conservation and breeding center in northwestern Laos’ Sayaboury province and develop it into a tourist attraction by the end of the year.
— Radio Free Asia

China Grants CNY 78 Million Funding Construction of VIP Dining Ballroom
Chinese government has donated CNY 78 million to Laos to support the construction of a dining ballroom at the National Convention Centre, Vientiane Capital, which will be used for hosting VIP guests, heads of state, and government leaders.
— Lao News Agency

LFA requests prior to wood quota increasing
The Lao Furniture Association (LFA) has requested that the government give them priority in the bidding for seized wood. This is to ensure that its members will be able to access seized wood as a source of raw materials and have therefore have sufficient wood to meet the need of the furniture processing industry.
—Vientiane Times

People’s Court marks 35th anniversary
The People’s Court has grown in quantity and quality since it was established in 1982 to serve the country, the People’s Supreme Court (PSC) President, Khamphanh Sitthidampha, has said.
—Vientiane Times

Health of girls gets support from Korea
Lao girls and young women will be able to take advantage of the Girls Integrated Health Care Programme provided by the Korea International Cooperation Agency (KOICA).
—Vientiane Times