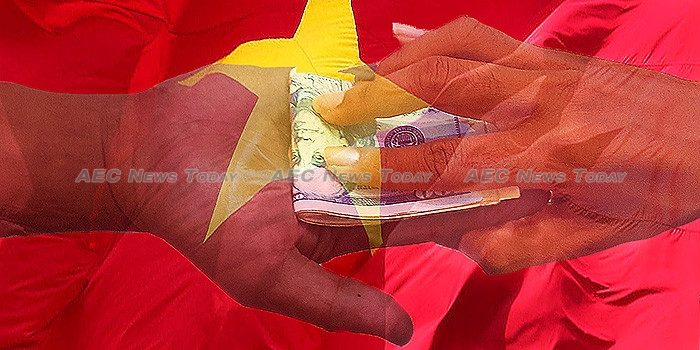 The first half of 2016 saw Vietnam’s fight against corruption gain new momentum. Having consolidated his power after being re-elected as Secretary-General of the Communist Party of Vietnam (CPV), Nguyen Phu Trong issued resolutions and directives aimed at tightening party members’ ethical conduct.

Trong then launched attacks on several high-ranking officials — notably Trinh Xuan Thanh and Vu Huy Hoang. The former, a provincial vice chairman, was allegedly responsible for the loss of more than VND3 trillion (about US$132 million) while he was in charge of PetroVietnam Construction Joint Stock Corporation. The latter, a retired minister of trade and industry, was disciplined for ‘malmanagement and serious wrongdoings’, including his links to Trinh Xuan Thanh in his role as the industry commander-in-chief. These attacks were hailed by some party conservatives as the ‘command drum beats’ for a more resolute effort to combat this ‘internal enemy to the regime’.

But in the second half of 2016, setbacks discredited these efforts. Thanh was expelled from the party and subjected to criminal charges, but then clandestinely fled the country and has not yet been seized despite an international arrest warrant being issued. Hoang had all his party and government titles effaced, but has not been expelled from the party as no criminal charges have been filed.

That both Thanh and Hoang have escaped criminal punishment highlights the weakness of the police and the judicial system, the influence of patronage in Vietnamese politics and the fact that the party places the most emphasis on its internal unity to keep its grip on power.

Corruption Inevitable in a One Party System

For years, the police and the judiciary have emerged as the sectors most affected by corruption — Central Steering Committee for Anti-Corruption (CAC) chairman, Nguyen Phu Trong, once questioned whether there was corruption within the anti-corruption forces.

Nevertheless, the police and the judiciary should not be held completely accountable for the failure of the fight against corruption: such failure is inevitable in a one-party system where the media is controlled by the state. This failure occurs due to what is branded as ‘system fault’.

Vietnam’s ‘system fault’ is caught in the reform dilemma between economic liberalisation and political democratisation. In the past decade Vietnam has seen the rise of a so-called ‘super-rich’ class which is often connected with the political elite and which has substantial influence on policy development.

This class includes private nouveau-riches who became rich by ‘policy corruption‘ — distorting laws and policies to further their profits — as well as state-owned enterprise (SOE) executives like Pham Thanh Binh of Vinashin. He and other SOE executives have been accountable for massive losses due to ‘malmanagement and serious wrongdoings’ — a term used to imply corruption.

Research recently published by the Centre for Social Governance Research (CSRD) in Vietnam found that 38 per cent of Vietnamese viewed business executives as among the three most corrupt cohorts. It is this super-rich class that blocks democratic development in Vietnam.

The ‘system fault’ is compounded by Vietnam’s political patronage system. While the state media did not question who was behind Trinh Xuan Thanh’s escape from the police, social media pointed out that Thanh and his alleged ‘wrongdoings’ were linked with Dinh La Thang — the incumbent Party Secretary of Ho Chi Minh City and a member of the CPV Politburo. The same story can be said for Vu Huy Hoang, who allegedly has a close relationship with former prime minister Nguyen Tan Dzung.

There are currently 12 industrial projects losing billions of dollars that were established while these two men were in power. These projects will be reviewed by the CPV Politburo in the coming weeks, yet it is possible that no-one will take responsibility for the losses.

The CPV’s fight against corruption will always be an impossible mission if they do not ‘brake the vase when catching mice’ — referring to the need to undertake institutional and political reforms.

The February 2017 Global Corruption Barometer ranked Vietnam as the second-most corrupt country by bribery rate in Asia; Sixty-five per cent of Vietnamese had a negative view of the government’s efforts in fighting corruption, and only 53 per cent thought that ordinary citizens can make a difference. More than half of the population saw a continued decline in the CPV’s fight against corruption.

This data underscore how difficult it is for a status quo CPV to combat its ‘internal enemy’. Any substantial reforms for the nation will not be easy when vested interests are deeply rooted in state machinery and political patronage remains a key way to operate the system.

This article was written by Hai Hong Nguyen, a Visiting Research Fellow at the Asia-Pacific Centre for the Responsibility to Protect, School of Political Science and International Studies, University of Queensland. It first appeared on East Asia Forum under a Creative Commons license and is reproduced here with its permission.