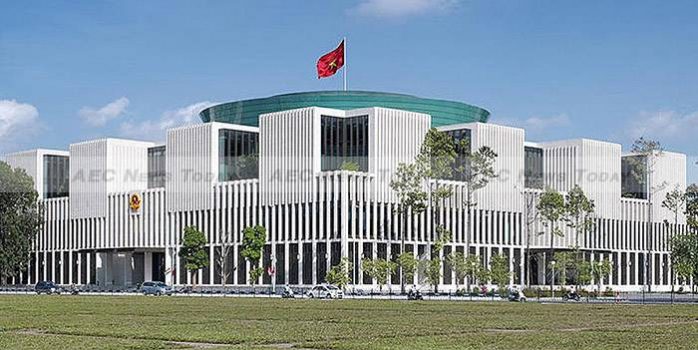 Vietnam will hold its parliamentary election in May 2016. The three key positions of president, prime minister and chairperson of the National Assembly will all be elected. But perhaps the most interesting aspect of this election is the emerging group of self-nominated candidates.

Vietnam revised its constitution in 2013, with changes having taken effect on January 1, 2014. While the new Vietnam Constitution cements the CPV’s central role in Vietnamese politics, it also allows for non-Party candidates to stand for election to the National Assembly.

State officials have emphasised repeatedly that discrimination against independent nominees is strictly prohibited by law. But though the CPV allows a reserve of 50 seats for non-Party members in the National Assembly, it certainly does not welcome the increase in self-nominated civil society activists.

Self-nominated candidates have come under overt attacks by the state media. The online People’s Army Newspaper (Pano), managed by the Ministry of Defense, has warned citizens to be alert of ‘tactics to impair elections’ and ‘plots that abuse self-nomination to disseminate distorted views, to oppose and demolish the Party and the state’.

And CPV Secretary General Nguyễn Phú Trọng was quoted as stating that ‘troublesome citizens should not be allowed to be elected to the highest authorities of the Party and the State’. Although, it is unclear whom Trong was referring to, this could be seen as a caution against self-nominated candidates.

An inhibited free press is evidently a disadvantage for independent candidates who want to contest state media. Yet, somewhat surprisingly, the Vietnamnet, an online newspaper directed by the Ministry of Communication and Information (MCI), ran an uncensored article rejecting attempts to ‘blacken’ the images of self-nominated candidates.

Despite pressure from State media, as of March none of the self-nominated civil society activists have withdrawn their candidacy. Instead they are relying predominately on blogs and social media sites, such as Facebook, to reach the public.

Self-nominated candidates have detailed online both their election platforms and the difficulties they have faced trying to complete their registration documents for the National Assembly election. Online blogs have also alleged that some candidates have been subjected to police harassment.

According to the Vietnam Fatherland Front (VFF), a CPV-controlled mass organisation in charge of approving nominations and monitoring the election, the number of self-nominated candidates for the National Assembly increased from 30 in the 2007 election to 82 in the 2011 election. But though it is difficult to verify these figures, very few of these self-nominated candidates were elected.

In the run-up to the National Assembly election in May, more non-Party candidates have been nominated than ever before.

On top of the 30 self-nominated candidates associated with civil society movements, more than 100 independent candidates registered with election committees across the nation. The growing presence of social media in Vietnam has been pushing this trend. In the words of one self-nominated candidate, Nguyễn Quang A, ‘without social media I couldn’t do anything to stand for election’.

Whether Nguyễn Quang A and other self-nominated candidates will be elected remains to be seen. Still, whatever the result, the increased prominence of independent candidates is significant.

This National Assembly election will test the CPV’s willingness to recognise the new right of everyday citizens to stand for election and its willingness to prohibit discrimination against nominees.

More generally, the National Assembly elections suggest that democratic ideals are taking root in Vietnamese society. The prominence of self-nominated candidates highlights the impact of the internet in spreading democratic awareness and challenging the CPV’s monopoly on power.

That state-managed newspapers have published contradictory articles on the issue of self-nomination also reflects how pluralism can still take root even within authoritarianism. But perhaps more than anything, the existence of the self-nomination movement itself presents tremendous evidence of an emerging independent civil society in Vietnam.

This article was authored by Hai Hong Nguyen, a Visiting Research Fellow at the Asia-Pacific Centre for the Responsibility to Protect, School of Political Science and International Studies, University of Queensland. This article first appeared on East Asia Forum and is reproduced here with its kind permission.