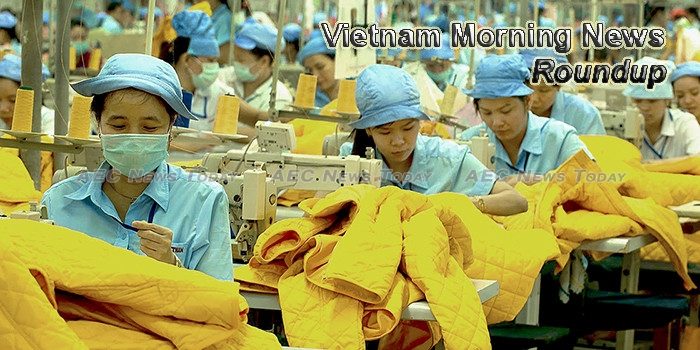 VN mining investors seek long-term returns
Although fluctuations in international demand and pricing have put pressure on returns from Viet Nam’s mining industry, the sector remains a magnet for foreign direct investment (FDI), a sign of confidence in its long-term prospects.
— Bizhub

Vietcombank divests from two firms
The Bank for Foreign Trade of Việt Nam (Vietcombank) on Monday was estimated to receive VNĐ342.6 billion (US$15.2 million) from selling its entire stakes in the Saigon Bank for Industry and Trade (SaigonBank) and Việt Nam Cement Finance Company (CFC).
— Viet Nam News

Are foreign-invested firms enjoying too many incentives in Vietnam?
Preferential treatments including tax and land use incentives are a key factor in the Vietnamese government’s bid to attract foreign investment; however, domestic enterprises are beginning to voice their complaints.
— Tuoi Tre

Rising global coal prices a threat to budget
Vietnam may have to spend an additional $1.27 billion each year on the fuel to 2021, given the global price of coal has doubled since the beginning of 2016, new analysis reveals.
— VietnamNet Bridge

Singapore investor acquires 10% Vinamilk stake
The Singapore-based automotive group, Jardine Cycle and Carriage (JC&C), has made additional purchases of Vinamilk’s shares after its maiden US$616.6 million investment on November 10.
— Bizhub

What does Vietnam expect from the ‘TPP without the US’?
The 11 original TPP (Trans Pacific Partnership Agreement) signatories have come to an agreement, the CPTPP, which is good news for Vietnam, according to analysts.
— VietnamNet Bridge

Foreign brands up the ante in fashion market
They say that the Vietnamese consumer market is growing, and stiff competition could motivate domestic firms to change their production methods and business practices in order to stay in business.
— VietnamNet Bridge

No foundation to prove $3 billion flow from Vietnam to US for house purchase
SBV Governor Le Minh Hung made the remarks at a National Assembly (NA) Q&A session on November 17.
— VietnamNet Bridge

Petrol prices increase by over 400 VND per litre
The Ministry of Industry and Trade and the Ministry of Finance decided to increase the retail price of RON 92 petrol by 434 VND to a maximum of 18,580 VND (0.82 USD) per litre from 3:00pm on November 20.
— VietnamPlus

US state promotes investment in Vietnam
A high-level trade mission from the US state of Idaho recently visited Ho Chi Minh City to promote trade and investment activities in Vietnam and the southern economic hub in particular.
— VietnamPlus

​Why Canada hesitates over Asia-Pacific free trade deal that includes Vietnam
Even without the U.S., the Trans-Pacific Partnership (TPP) accord represented US$356.3 billion in global trade in 2016.
— Tuoi Tre