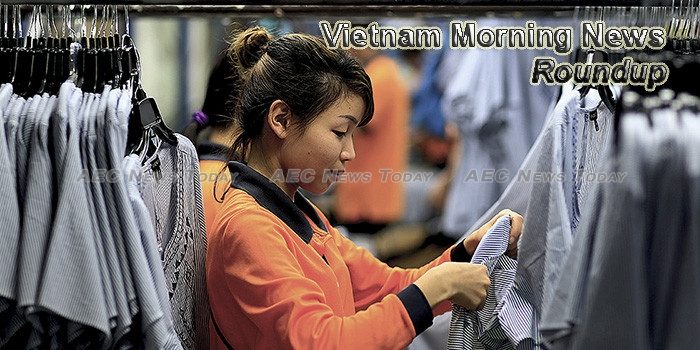 Ministry to submit real estate plan
The Ministry of Construction will submit a plan to the Prime Minister on promoting stable and healthy development of the local real estate market in this year’s fourth quarter.
— Viet Nam News

Widespread destruction in central Vietnam after major typhoon
Shaken residents in central Vietnam were piecing their homes and businesses back together Saturday (Sep 16) after a powerful typhoon hammered large swathes of coast and killed at least four people.
— Channel NewsAsia

Vietnam’s car dream re-ignited as Vingroup builds manufacturing plant
The giant Vietnamese property developer Vingroup has announced plans to produce its first cars in the next two years, rekindling the long-cherished dream of a local car industry which has failed to come true following numerous attempts over the past two decades.
— Nhan Dan Online

Shares mixed on EFT trading
Shares declined on the HCM Stock Exchange on the last four days this week, but strong demand from local traders cushioned the market.
— Bizhub

H&M cuts prices to shift leftover summer clothes
‘The rapid shift from offline to online in the young value fashion market has been one factor behind disappointing sales trends in the past couple of years.’
— VnExpress

In Vietnam, Facebook is a marketplace for cheap fakes and endangered wildlife parts
Copycats, ivory and tiger paws are just some of the things you can buy on the country’s most popular social network.
— VnExpress

HCM City against micro apartments
HCM City has proposed that the Ministry of Construction not allow the development of commercial apartments with area less than 45sq.m.
— Viet Nam News

Insiders warn of risks of hotel online booking in Vietnam
Booking hotels through an online travel agent (OTA) often involves various risks as the accommodations could turn out not as good as advertised, industry insiders have warned.
— Tuoi Tre

Vietnam’s trade gap from Thailand nears $3.5bln
According to Department of Africa, West Asia and South Asia Markets under Ministry of Industry and Trade, total import and export turnover between Vietnam and Thailand reached around US$ 9.64 billion, of these export turnover accounted about US$ 3.07 billion while import turnover from Thailand was US$ 6.57 billion.
— VietnamNet Bridge

BMP closes on abolishing foreign ownership limit
After securing shareholders’ approval to lift the foreign ownership cap to 100 per cent, on June 14, 2017, BMP submitted a document to the State Securities Commission of Vietnam (SSC) to approve expanding the foreign room.
— VietnamNet Bridge

Japanese firms seek investment opportunities in Vietnam
The Vietnam-Japan Investment Cooperation Forum was held on September 15 in Yokohama by Kanagawa Prefecture in collaboration with the Ministry of Planning and Investment and the Embassy of Vietnam in Japan.
— VietnamPlus

EP, Vietnam strives for EVFTA ratification in next nine months
The European Parliament (EP)’s Committee on International Trade (INTA) and the Vietnamese Government have agreed that they have to make concerted efforts for the ratification of the EU-Vietnam Free Trade Agreement (EVFTA) in the next eight or nine months.
— Nhan Dan Online