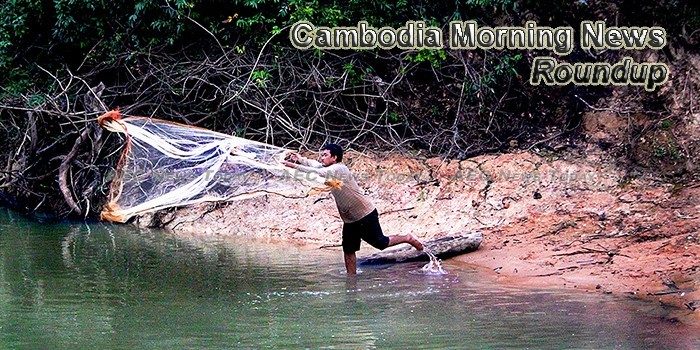 Cambodia’s Ruling Party ‘Action Plan’ Outlines Strategy For Upcoming General Election
An “action plan” outlined by a member of Prime Minister Hun Sen’s cabinet ahead of Cambodia’s general election warns that the ruling Cambodian People’s Party (CPP) must remove its “agents” from the opposition and should end support for smaller political parties in a bid to shore up power.
— Radio Free Asia

Interview: ‘Democracy is Now Dead. We Are Finding Ways to Make it Alive Again’
Mu Sochua, vice president of the banned Cambodia National Rescue Party, escaped her country in early October 2017 ahead of warnings she would be arrested for conspiring with jailed party leader Kem Sokha to overthrow the Cambodian government.
— Radio Free Asia

Chinese investors snap up homes in Cambodia
Across this traditionally low-rise Cambodian capital, a building boom is becoming more noticeable as it pushes higher into the sky, and its largest projects are often geared towards Chinese investors, who have only recently taken interest in the nation’s real estate market.
— The Straits Times

Cambodia-Thailand Trade Increases to $5.5B in 2017 (video)
In 2017, the trade volume between Cambodia and Thailand is worth of $5.5 billion, an increase of 10% compared to 2016, according to Ieng Sophalet, personal secretary to the Premier on Wednesday.
— Fresh News

Chinese firm invests in forest
A little-known Chinese company is investing $200 million in a massive timber plantation in Stung Treng that the government has equated to “replanting the forest”, despite concerns among environmental protection groups that existing forest will be destroyed in favour of non-native commercial species.
— The Phnom Penh Post

Constitutional amendments headed to assembly
An Interior Ministry official yesterday said three constitutional amendments will be forwarded to the government next month, including two ill-defined articles promoting and protecting “national interests”, though he did little to clear up questions over the amendments’ scope and aim.
— The Phnom Penh Post

Rogue elephant heads towards Cambodia
A wild elephant named Plai Sidor Daeng is heading towards Cambodia despite Thai officials and volunteers’ attempt to block its path with 10 tractors in the border village of Ban Thab Prik in Sa Kaew’s Aranyaprathet district on Wednesday morning.
— The Nation