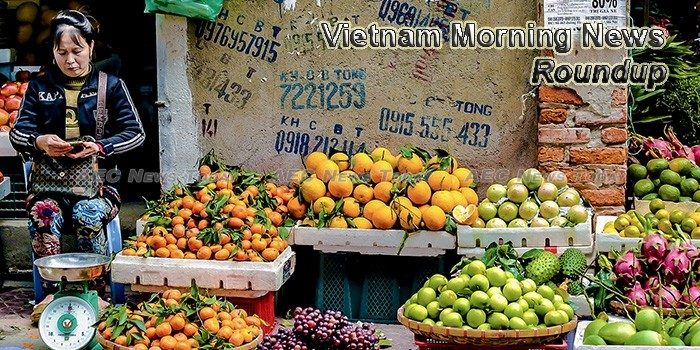 Vietnam expressway project gets go ahead
Approval has been given for Vietnam’s Hoa Binh-Moc Chau expressway project. The go ahead has been given by Vietnam’s Government. The project has an estimated cost of US$881 million and is planned as a public-private partnership. The construction work is expected to take 42 months and the new route will connect Hoa Binh to Moc Chau. When complete the expressway will cut the journey time between Hanoi and Moc Chau by around two hours.
— World Highways

Ministry revises circular to simplify auto imports
The Ministry of Industry and Trade (MoIT) has decided to abolish a number of procedures for importers of cars with nine seats or less to simplify imports.
— Viet Nam News

Vietnam, Angola co-operate in IT and telecommunications
Vietnamese Minister of Information and Communications Truong Minh Tuan made this statement at a working session with the delegation of Angolan Ministry of Telecommunications and IT in Hanoi on March 13.
— VietNamNet Bridge

Vietnam Looks for Trade Deal with US
Vietnam is seeking a trade deal with the United States to replace the Trans-Pacific Partnership (TPP) free trade agreement.
— VOA

Vietnam catfish shipments to China rise to US$304m
Vietnam’s catfish exports to China last year grew to US$304.7 million, representing a rise of more than four times from five years ago, Xinhua said citing the Vietnam Economic Times.
— The Standard

Annual Tax Finalization and Remittance in Vietnam
Prior to transferring profits back to their home markets, foreign companies maintaining operations and taking in revenue in Vietnam must fulfill certain annual compliance requirements. These involve a statutory audit, audited financial statements, and tax finalization filings. Annual compliance procedures are not only required by law but are also a good opportunity to conduct an internal financial health check.
— Vietnam-briefing

The US’s 2016 human rights report is lack of objectivity
The US Department of State’s Human Rights Reports for 2016 still cover some prejudiced remarks and fail to provide an accurate overview of human rights in Vietnam, according to Foreign Ministry Spokesman Le Hai Binh.
— Hanoi Times

HCM City boosts comprehensive cooperation with Lao province
Leaders of Ho Chi Minh City and Houaphan province of Laos reached consensus on cooperation plans and orientations in various fields for 2017-2020 during their talks in Vietnam’s southern largest economic hub on March 14.
— Vietnam Plus

HCM City to publicise pollution data
HCM City will publish air and water quality indexes on 48 electronic screens across the city, starting later this month, according to the municipal Department of Natural Resources and Environment.
— Vietnam News