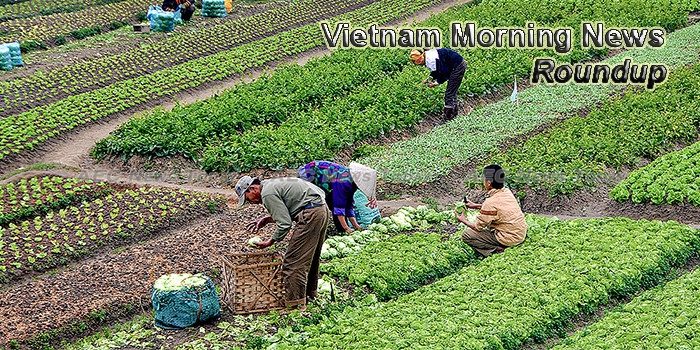 VN’s growth target returns to 6.5% as FDI rises
Stronger export growth and a continued rise in investment suggest Việt Nam’s GDP growth will go back above 6.5 per cent in 2017, after a slowdown to 6.2 per cent in 2016.
– Viet Nam News

Dialogues in economic zones to be promoted
The Ministry of Labour, Invalids and Social Affairs has requested localities to encourage talks between employers and employees in industrial and processing zones to promptly respond to issues faced by the labourers and prevent labour disputes and strikes.
– Viet Nam News

2.6 trillion VND invested to enhance southern electricity network
The Southern Power Corporation of the Electricity of Vietnam (EVN SPC) put into use 19 new 110kV power lines with combined investment of 2.63 billion VND (115.8 million USD) in the first half of the year.
– VietnamPlus

VINPA supports petrol tax hikes proposed by MoF
The Viet Nam Petroleum Association (VINPA) has sent a document to the Ministry of Finance (MoF) in support of the ministry’s proposal to increase the environmental protection tax on oil and gas consumption.
– Viet Nam News Bizhub

EU & Vietnam sign joint declaration on sustainable energy cooperation
As a side event at the launch of the Vietnam Energy Partnership Group, a joint declaration on reinforced cooperation in the field of sustainable energy was signed between Vietnam and the European Union, together with Germany, Belgium, Denmark, Finland, France, Ireland, Italy, Luxembourg, Slovakia, Spain, and the UK, on June 21 in Hanoi.
– Vietnam EconomicTimes

Vietnam – US Increasing Trade Relations
In May 2017, Vietnam and the US signed business deals worth US$8 billion.
– Vietnam Briefing

Vietnam has to sell fruits cheaply because of poor processing
Vietnamese have to buy some imported fruits at exorbitant prices, but can only export fruit at low prices.
– VietnamNet Bridge

East-West Seed helps small cultivation companies in Vietnam
The almost globally operating company East-West Seed has been known in Vietnam as Hai Mũi Tên Đỏ (HMTD), ever since it was introduced on the Vietnamese market in 1997.
– Fresh Plaza

The Real Estate Market: A Surging Wave of M&A Transactions
Actually, the M&A (merge and acquisition) transactions are not the only one factor that stirred up the real estate market up until now.
– Hanoitimes

Footwear exports targeted at over $35bn by 2025
Vietnam’s footwear industry targets export turnover of $35-38 billion by 2025 and $50-$60 billion by 2035, according to a draft plan from the Ministry of Industry and Trade (MoIT) on developing the industry.
– Vietnam EconomicTimes

HCMC calls for private investment in different fields
The figure was released at a meeting on plan to boost social contribution for the period 2017-2020 presided by People’s Committee Deputy Chairman Tran Vinh Tuyen.
– TalkVietnam