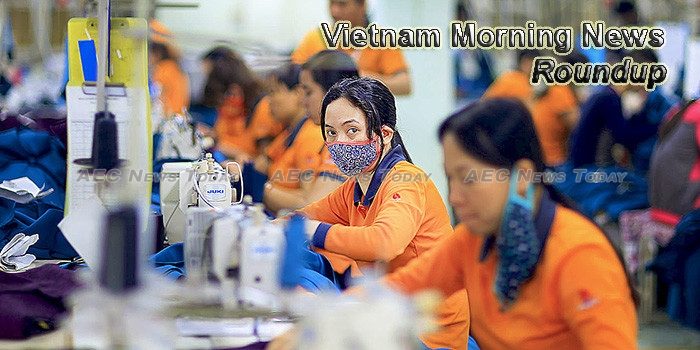 Cutting-edge trade portal opens
The Vietnam Trade Information Portal (VTIP) was officially launched yesterday by the General Department of Vietnam Customs (GDVC) with the help of the World Bank (WB), in order to provide the business community with a reliable one window information source on relevant legal regulations and categorisation for both export and import purposes.
– Viet Nam News

More new laws made public
The Law on Amendments and Supplements to Several Articles of the Penal Code and five other laws were made public by the Presidential Office a at a press conference on July 12.
– VietnamPlus

VN growth target remains elusive
The annual growth goal of 6.7 per cent is likely to remain beyond reach despite an improved economic performance in the second half of the year, says Nguyen Duc Thanh, Director of the Viet Nam Institute for Economic and Policy Research (VEPR).
– Viet Nam News Bizhub

Vietnam’s seaport development potential introduced to Dutch firms
Potential for cooperation in developing transport in general and seaport in particular in Vietnam has been introduced to representatives of the Dutch government and enterprises.
– VietnamPlus

Vietnam exports over 16 billion USD goods to US
Vietnam shipped to the US 16 billion USD worth of commodities in the past five months of this year, up 10 percent year on year while its imports from the partner reached 3.94 billion USD, up 26.3 percent.
– VietnamPlus

Vietnamese processing industry in development
The Vietnamese export of fruit and vegetables has risen considerably in recent years.
– Fresh Plaza

Foreign travelers on sharp rise, putting pressure on tourism infrastructure
As the number of foreign tourists continues to grow at a high rate, travel firms have been advised to disperse travelers to many tourism sites to avoid overloading.
– Vietnam Times

Hotels vie for share of tourism pie
With an expanding room inventory and a lot of projects scheduled to launch in the near future, the competition in the upscale hotel market will start to heat up, especially in the five-star segment, according to the 2017 Vietnam Hotel Survey released on July 11.
– VietnamPlus

Traditional markets winning retail battle with supermarkets in Vietnam
Despite their apparent popularity, it seems people are going to new modern retail complexes for the experience, not the shopping.
– VnExpress

Over 180,000 documents processed via one-stop-shop mechanism
As many as 180,079 documents of 12,683 businesses were processed through the national one-stop-shop (OSS) mechanism by the end of June 2017, representing year-on-year rises of 107 percent and 70 percent, respectively.
– VietnamPlus

Can Tho to launch new domestic, international air routes
The Mekong Delta city of Can Tho will open more direct domestic and international routes, targeting promising markets in Southeast and Northeast Asia.
– VietnamPlus

Quang Ngai attracts projects worth $2.81b in H1
Dung Quat Economic Zone and industrial zones in Quang Ngai Province attracted eight projects worth US$2.81 billion in the first half of this year, according to the provincial People’s Committee.
– Viet Nam News Bizhub