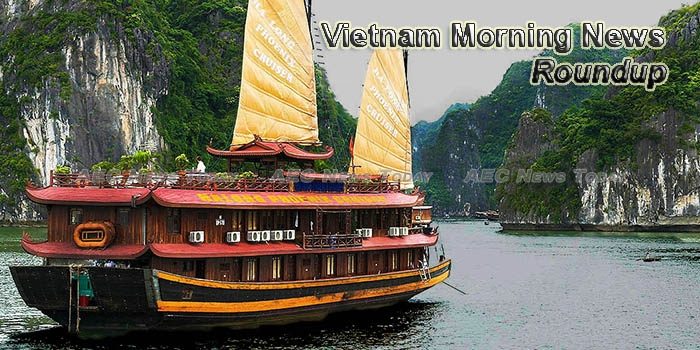 Competition heats up in the Vietnam soft drink market
According to a report released by the Vietnam Beverage Association, the foreign sector has surpassed the 50% benchmark and is gradually edging out all the domestic competition.
— VietnamNet Bridge

Vietnam pushes divestment in state-owned firms to counter rising public debt: HSBC
There is a new sense of urgency in Vietnam to equitize state-owned enterprises (SOEs) and use the money raised from public offerings to alleviate the government’s fiscal burden, HSBC said in a new report on the country’s economic prospects for August.
— VnExpress

Small household businesses reject becoming firms
Resolution 35 on supporting and developing enterprises to 2020 set the goal to have at least one million active firms. One of the proposed solutions is to encourage household businesses to convert into legally recognized businesses.
— VietnamNet Bridge

Cooperation & Struggle: Vietnam’s South China Sea Strategy
A little over a year ago the Permanent Court of Arbitration (PCA) ruled on an application brought by the Philippines against China over their maritime dispute in the South China Sea involving the Spratly Islands. The Tribunal ruled unanimously on almost all of the Philippines’ claims.
— AEC News

Foreign investors sought for BOT projects
The Ministry of Construction (MOC) believes the country needs more reasonable policies that would help improve the quality of BOT projects. Dinh Trong Thinh from the Finance Academy believes this is a good solution in the context of limited resources, but he pointed out that foreign investors are reluctant to participate in BOT projects.
— VietnamNet Bridge

Viet Nam, Thailand to strengthen legislative rapport
Leading Vietnamese and Thai lawmakers agreed yesterday to support each other on issues of common concern at international and regional inter-parliamentary forums, thus contributing to peace, stability and development in the Asia-Pacific region.
— Viet Nam News

Italy’s newspaper: Vietnam is emerging as Asia’s new export wonderchild
Under the title “Vietnam’s place in the Asian Century”, the article underlines that from a war-ravaged and impoverished country just a few decades ago, Vietnam is now associated with humming factories, a swelling middle-class, and its emergence as the new export wonder of Asia.
— Vietnam Times