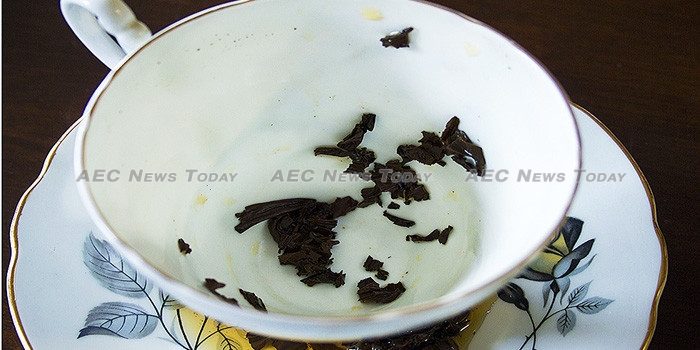 The release last month of the 2018 ASEAN Business Outlook Survey by the American Chamber of Commerce (AmCham) in Singapore predictably enough resulted in a flood of headlines across the region touting the bullish sentiment of US business throughout Asean.

Amongst the encouraging statistics dished up by the report are that:

According to the report’s executive summary, US foreign investment into Asean stood at some US$306 billion at the end 2016, while two-way trade in goods and services in the same period exceeded $230 billion. There are some 4,200 US businesses in the region, the report states, with Asean accounting for 10 per cent of total worldwide sales by US businesses with a regional presence, and generating more than 20 per cent of Asean’s total exports.

The survey found that 34 per cent of US businesses already operating in the region favour Vietnam as their choice for regional expansion, followed by Myanmar and Indonesia, which both attracted a 29 per cent response rate.

The report notes that overall US business sentiment in Asean is tempered this year compared to 2016, with the number of respondents planning to expand in the region dropping 5 percentage points, from 76 per cent to 71 per cent, while the number of US businesses in the region not planning to expand elsewhere in Asean rose correspondingly, from 24 per cent to 29 per cent.

While noting that US business sentiment toward Malaysia, Indonesia, and Cambodia deteriorated more than elsewhere in 2016 compared to five years ago, it says that attitudes toward Thailand and Vietnam remained largely unchanged.

According to the report 71 per cent of US businesses said that the investment environment is improving in Myanmar, while 54 per cent said the same about Vietnam, 54 per cent in Indonesia, and 50 per cent in Cambodia.

By all accounts US businesses largely have a bright outlook on the region, though sentiment on the importance of Asean markets as a percentage of worldwide revenue has plummeted from a solid 73 per cent in 2013 to just 48 per cent this year.

US businesses in the software/IT/telecommunications, healthcare, consulting, banking and finance, and education markets will find the region particularly attractive, the report states.

On the downside, shortages of raw materials, recruiting skilled and innovative workers, bureaucracy, weak rule of law, and corruption were all nominated as barriers to investment to varying degrees across Asean’s ten member States.

However, does this truly reflect the sentiment of US businesses across Asean?

As with most reports the devil is in the detail. According to the methodology reported at the back of the report, the results are the combined responses from just 11 per cent of AmCham’s members throughout Asean. The results from any one country being based on as few as four and as many as 76 responses. In total just 317 responses were received from AmCham’s 2,840 members in Asean.

If the previously described percentage figures are converted back to meaningful numbers against the total AmCham membership, 197 US businesses plan to expand within their response location, 178 expect higher profits in 2017, and 133 describe the investment environment as improving in their country.

Further, 108 US businesses favour Vietnam as their expansion destination of choice, while 92 US businesses each favour Myanmar or Indonesia, with 82 liking Thailand, 73 preferring Cambodia, and 70 favouring Malaysia, and the Philippines.

Only 57 of the US businesses in Asean think Singapore provides them with an ideal destination to expand, with 51 wanting to expand into Lao PDR and just 16 interested in Brunei. Moreover, 92 US businesses in the region have no interest in further regional expansion, while just 152 think that Asean markets are an important contributor to their global earnings.

The figures look even worse when presented as percentages compared against the total AmCham Asean membership. Using the 11 per cent response rate figure, 6.9 per cent* of US businesses plan to expand within their response location, 6.3 per cent* expect higher profits in 2017, and 4.7 per cent* describe the investment environment as improving in their country.

Further, 3.8 per cent* of US businesses favour Vietnam as their expansion destination of choice, while 3.2 per cent* each favour Myanmar, or Indonesia, 2.9 per cent* Thailand, 2.6 per cent Cambodia, with 2.5 per cent* each liking Malaysia, or the Philippines.

Only 2.0 per cent* of the US businesses in Asean think Singapore provides them with an ideal destination to expand, 1.8 per cent* Lao PDR, and only about 0.6 per cent* have a strong interest in Brunei. Moreover, 3.2 per cent* of US businesses in the region have no interest in further regional expansion, while just 5.4 per cent* think that Asean markets are an important contributor to their global earnings. On a country by country basis the figures will look different again.

At an 11 per cent response rate and unsupervised as well, about the only thing that the 2018 ASEAN Business Outlook Survey from AmCham would tend to indicate is that 89 per cent of AmCham members either don’t like filling in surveys, or have no intentions of telling anyone what they are going to do. As far as being an indicator of US business sentiment in Asean? Reading tea leaves or consulting a fortune teller might be more beneficial.

Download your copy of the 2018 ASEAN Business Outlook Survey

*Numbers rounded to one decimal place.

Indonesia backflips on plans to relax some foreign investment caps