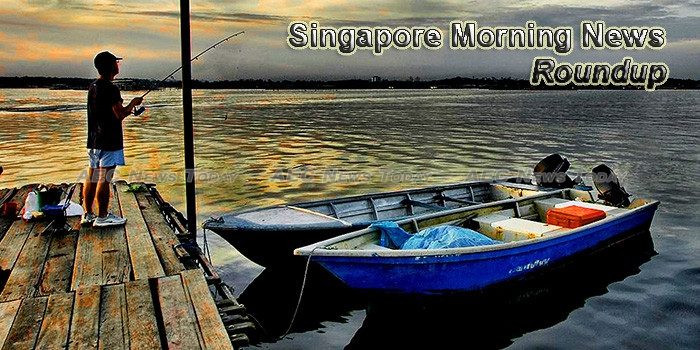 Children’s Education: Singaporeans Biggest Spenders, But More Indonesians Paying
When it comes to spending on their children’s education Singaporeans are the biggest spenders in Asean according to a recent survey by HSBC, but Indonesia has the highest proportion of parents paying for private tuition.
— AEC News Today

New excise tax to trigger price adjustments for ThaiBev
Tax on some of its spirits could rise by $1.2. Thailand’s new excise tax law could pull up the prices of ThaiBev’s products. According to OCBC Investment Research, officials expect ‘moderate’ rises in prices for products such as alcoholic beverages.
— Singapore Business Review

Singapore to have new academy to train cybersecurity professionals
More needs to be done even as Singapore has made “good progress” in building up its cybersecurity capabilities, as it is more exposed than many other countries to cyberattacks, said Acting Prime Minister Teo Chee Hean on Tuesday (Sep 19).
— Channel NewsAsia

Cash for contraband: Cigarette smugglers recruited on Carousell
They knew they would be smuggling contraband cigarettes into Singapore in vehicles, but still did it.
— The New Paper

SingTel receives $1.1b in cash for Netlink Trust IPO
SingTel pops the champagne after it received $1.1b in cash after it sold its 75.01% stake in NetLink Trust.
— Singapore Business Review

Business as usual for Toys ‘R’ Us in Singapore despite US bankruptcy
The Asian operations of Toys ‘R’ Us are unaffected by the toy store chain’s bankruptcy filing in the United States, its joint venture partner said yesterday.
— The New Paper

China, Singapore look to put difficulties behind them
China and Singapore on Tuesday sought to put recent difficulties in their relationship over Taiwan and the disputed South China Sea behind them as Singapore’s Prime Minister Lee Hsien Loong began a trip to Beijing.
— Reuters

TPG Telecom ‘on track’ to have outdoor mobile network in Singapore by end-2018
TPG Telecom, which won the race to become Singapore’s fourth telco, said on Tuesday (Sep 19) it is “on track” to achieve nationwide outdoor mobile service coverage by December 2018.
— Channel NewsAsia