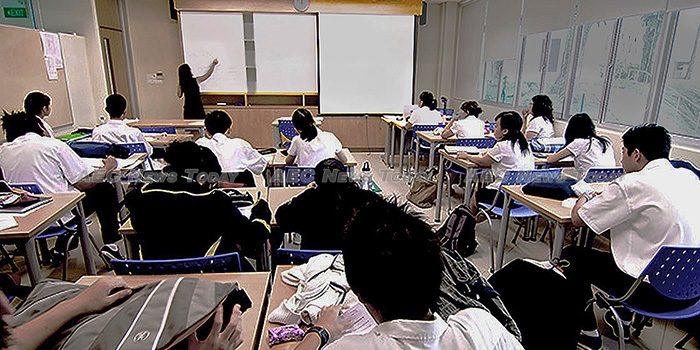 When it comes to spending on their children’s education Singaporeans are the biggest spenders in Asean according to a recent survey by HSBC, but Indonesia has the highest proportion of parents paying for private tuition.

Home to one of the top 25 universities globally, Singaporean parents splurge a whooping US$70,939 a year, almost double the global average of $44,221 that parents say they spend on their child’s primary, secondary, and tertiary education. Next highest in the region is Malaysia where spending on children’s education is put at $25,479 per year, while in Indonesia parents’ spending an average of $18,422.

The report, Higher and higher, the fourth in The Value of Education series, collected the views of 8,481 parents in 15 countries and territories globally, with those in Indonesia, Malaysia, and Singapore sampled in Asean.

For 61 per cent of Indonesian parents the gaining of foreign language skills from an overseas education was a primary benefit, while 71 per cent saw foreign employment experience as a definite career booster, compared with 64 per cent in Malaysia and 57 per cent in Singapore.

At 91 per cent Indonesia has the highest proportion of parents with at least one child in paid-for education, compared with 82 per cent in Singapore and 81 per cent in Malaysia. The global average for the 15 countries surveyed is 63 per cent.

However, while 69 per cent of parents polled held the view that new technology means that everyone has more access to good education, only 67 per cent of Singapore parents would consider an online degree, compared to 69 per cent in Malaysia and 80 per cent of Indonesian

The HSBC study found that 42 per cent of Malaysian parents had deprived themselves of leisure activities and holidays in order to fund their children’s education compared with 41 per cent in Indonesia.

According to Professor Colin B Grant, vice president University of Southamptom, “parents are aware of the need to enhance their children’s life chances through higher education, and the trend towards market-relevant STEM [science, technology, engineering and mathematics] and business/finance subjects across different regions, especially in Asia, is clear.”

Speaking on this year’s survey, Charlie Nunn, group head of Wealth Management at HSBC, said it is hoped that the insights in this report will help parents appreciate long-term costs of education and put practical measures in place to ensure their children have the best start in life.

Since the Value of Education series begun in 2014 more than 24,000 parents globally have been surveyed. For the 2017 edition at least 500 parents, including at least 150 with a child at university or college, were surveyed in February 2017.