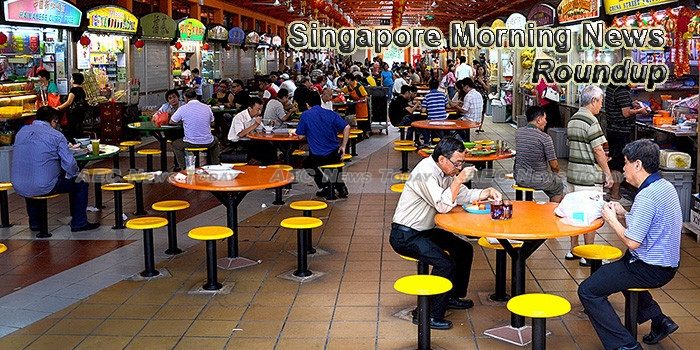 Singapore steps up water production to meet demand following pollution in Johor River
Water production at Singapore’s desalination plants and local waterworks has been stepped up to meet demand here, after pollution in the Johor River led to the temporary closure of four water treatment plants along the river, including one in Kota Tinggi that is managed by Singapore.
— The Straits Times (paywall)

Which way forward for Singapore’s print monopoly?
Singapore Press Holdings is a rich media company. Its market capitalisation of S$4 billion ($2.9 billion) and yearly revenue of S$725 million for the media business must be the envy of many publishers globally. Its flagship newspaper, The Straits Times, has the breadth of world news coverage that many can only dream of, with 21 correspondents in 12 cities and a network of international contributors.
— Mumbrella Asia

Singapore and Hong Kong Link Their Trade Finance Blockchain Platforms
Fraud and errors present in the funding of international trade can be disastrous given the trillions of dollars in play. Consequently, the Singapore and Hong Kong central banks recently unveiled plans to link their respective trade finance platforms developed via blockchain technology.
— The Merkle

Singapore’s labour market remains quite stable
Singapore’s Ministry of Manpower has reported that the country’s labour market in the third quarter of this year saw no major changes compared with the second quarter.
— Vietnam Plus

Smaller contractors face obstacles adopting technology in construction
From the looks of its temporary office – a container sandwiched between buildings at Kampong Ubi Industrial Estate – mid-sized contractor B19 Technologies doesn’t seem like much.
— Channel NewAsia

Southeast Asia M&A surges to $53.5b in Jan-Sept 2017, led by transport sector
Southeast Asia saw mergers and acquisitions worth $53.5 billion across 290 deals in the first three quarters of this year, a strong performance outdone only by the Q1 to Q3 performance in 2013.
— DealStreetAsia

Singapore schools starting to carry out anti-terror ‘lockdown’ drills
For the first time, schools here are conducting “lockdown” drills, with teachers and students locking themselves in classrooms and hiding from sight, in case an intruder with heinous intention enters the premises.
— Channel NewsAsia

WORLD VIEWS | SINGAPORE MUST JUNK HONG KONG’S RAIL MODEL
Singapore works. Or that was the city-state’s reputation until one December day six years ago, when a solitary defective fastener brought the subway system screeching to a halt.
— MacauDaily Times

Collaboration is key to growing SMEs: KPMG
PROFESSIONAL services firm KPMG is looking to play a bigger role in the nurturing of local enterprises, starting from the earliest stage in their life cycle as a small startup, instead of the traditional focus on firms that have already grown large enough to be listed on the stock exchange.
— The Business Times

WongP first Singapore law firm to embrace AI
IN THIS age of digital disruption and data explosion, woe betide the organisation that fails to harness available technologies to its advantage.
— The Business Times

DSO laboratory keeps Singapore safe
An unattended package in Shenton Way is discovered and found to be radioactive. Police have set up a safety cordon, disrupting activity in the Central Business District.
— The New Paper

17 women arrested for offering sexual services through online ads
Seventeen women who gave sexual services in homes in Hougang and Sembawang and advertised those services online have been arrested in a raid, the police said in a statement on Friday (Oct 27).
— The New Paper

Lao Morning News For May 29