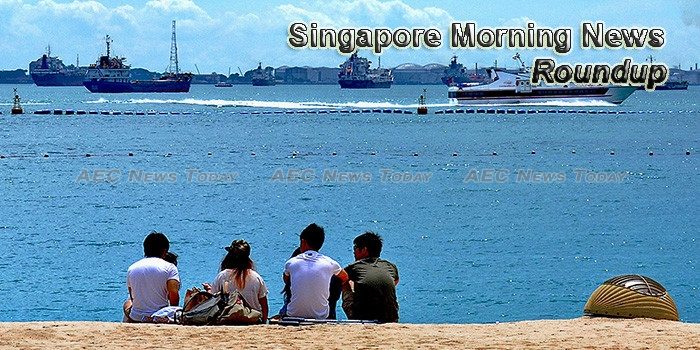 As Singapore’s spending needs grow, raising taxes is inevitable: PM Lee
Singapore’s investments for the economy and infrastructure, as well as spending on social services and safety nets are all necessary, and a vote of confidence in Singapore’s future, said Prime Minister Lee Hsien Loong on Sunday (Nov 19).
— Channel NewsAsia

Rising investments from Singapore companies
SINGAPORE companies have been actively involved in investing in Oman and the last two years have seen significant cooperation in various projects.
— The Business Times

Rising investments from Singapore companies
SINGAPORE companies have been actively involved in investing in Oman and the last two years have seen significant cooperation in various projects.
— The Business Times

MEDICAL TOURISM LOOKS HEALTHY IN MALAYSIA, BUT IN SINGAPORE?
When Indonesian retiree Gunawan Soegianto needed surgery for a recent ear infection he had no hesitation in heading off to his medical centre of choice – in Malaysia. Soegianto, 67, is no stranger to heading abroad for treatment – he has travelled to Mahkota Medical Centre in Malacca twice-yearly for the past five years to get full-body check-ups, taking his extended family with him when he goes.
— South China Morning Post

People frustrated by incidents on public transport system: PM Lee
There are lessons to be learned from the recent problems on the MRT network and the causes need to be established so that things can be put right.
— Channel NewsAsia

Be friends with other countries, but never fall under their influence: PM Lee
Singapore must never let another country influence its domestic debate and politics, said Prime Minister Lee Hsien Loong at the People’s Action Party convention yesterday.
— The New Paper

Golden opportunity for Singapore to be a global education hub
I read with amazement at how Australia’s education sector is now the nation’s third-largest export, contributing A$28.6 billion (S$29.4 billion) to its coffers (‘Ghetto’ worry amid foreign student boom in Australia, Nov 11).
— The Straits Times (paywall)

Trust between PAP and S’poreans ‘more important than ever’
The trust between the People’s Action Party (PAP) and Singaporeans will be tested in the coming years amid social and economic disruptions afflicting the world, party secretary-general Lee Hsien Loong warned activists on Sunday (November 19) at the PAP convention.
— Today Online

Singapore’s sex trade: licensed brothels, ‘sugar babies’, and laws you can run rings around
Prostitutes licensed to brothels in official red-light areas, while freelancers ply the streets and others work under cover of escort agencies or are pimped by vice rings – all in breach of laws: it’s a set-up ripe for exploitation, some say
— South China Morning Post

Singapore charges defunct marine fuel supplier, staff for cheating
A Singapore marine fuel supplier and three executives have been charged with cheating as part of a government crackdown on short deliveries of fuel to vessels in the world’s largest bunkering hub.
— Hellenic Shipping News

Food delivery app war on the boil
WE all have an opinion on food. But if there is one thing that food delivery apps can teach the rest of us, it is that consumers today want their food in just two ways: good and fast.
— The Business Times

New system at checkpoints to remind motorists to pay tolls
A new system to be implemented at the Tuas and Woodlands checkpoints by next year will help authorities detect and nab motorists who do not pay their tolls and fees.
— The New Paper

Woman gets 6 months’ jail for biting police officer
Two policemen responding to a call for assistance found themselves requiring help from more officers to arrest a 40-year-old woman – who had hurled vulgarities at one of them and even bit the forearm of the other.
— The New Paper