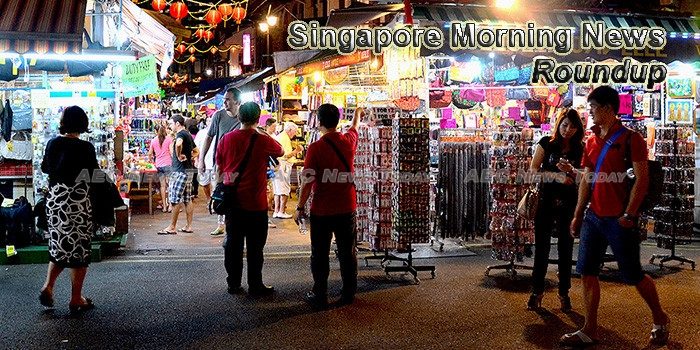 Singapore to tie up with Thailand and India for e-payments
Singapore’s move to expand its cross-border financial services could see cheaper and more convenient financial transactions with the two digitally-savvy countries, say analysts.
— Channel NewsAsia (video)

Singapore to ensure ASEAN remains a dynamic driving force under its chairmanship: PM Lee
Resilience and innovation will be the focus of Singapore’s ASEAN chairmanship in a world that is “rapidly changing”, the country’s Prime Minister Lee Hsien Loong said on Tuesday (Nov 14).
— Channel NewsAsia

Singapore backs up its fintech ambitions with new initiatives

Singapore’s central bank has launched a batch of initiatives — including helping banks create an industry-wide platform for compliance checks — as the city aims to become a global hub for financial technology.
— The Financial Times

Singapore Launches Two New Warships
On Tuesday, Singapore commissioned two more of its new locally built and designed warships. The vessels, which were unveiled at a high profile ceremony, represent another step in the country’s naval modernization, which has been in the spotlight as the Republic of Singapore Navy marks its fiftieth anniversary this year.
— The Diplomat

Singapore unveils initiatives in bid to be regional fintech hub
The Monetary Authority of Singapore (MAS) rolled out a number of initiatives on Tuesday (Nov 14) as part of efforts to establish itself as a regional leader of fintech.
— Channel NewsAsia

Singapore workers to get 2.7% pay increase in 2018: Survey
Workers in Singapore can expect pay rises of about 2.7 per cent next year after inflation is taken into account, according to a survey released by human resources firm ECA International on Tuesday (Nov 14).
— Channel NewsAsia

MAS to debut blockchain-based trade network with HK in 2019
SINGAPORE is laying the groundwork to stay on top as a trading hub, with the Monetary Authority of Singapore (MAS) on Tuesday setting an early-2019 deadline for the roll-out of a global trade connectivity network (GTCN) with its Hong Kong counterpart.
— The Business Times