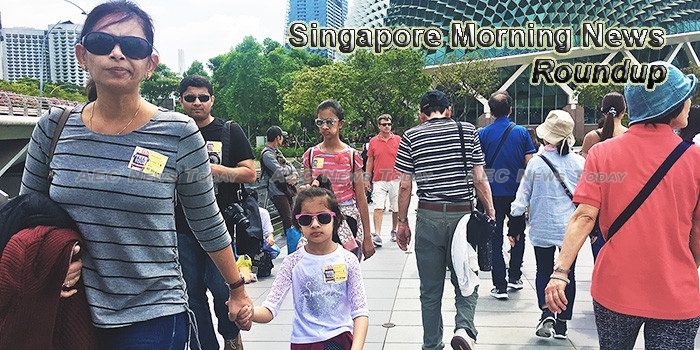 Property landmark: Geylang plot returns to state when lease expires
In three-and-a-half years, the 191 private terrace houses along Geylang Lorong 3 will be demolished to make way for public housing, as the land they occupy becomes the first residential plot to be returned to the state upon expiry of the 60-year lease.
— Today Online

Barraged by allegations, Lee vows transparency
Singapore’s Prime Minister Lee Hsien Loong apologized to the nation on Monday evening as a family feud with his younger siblings continued to play out over social media. The rare public split between members of the country’s first family has captivated Singaporeans while raising hard questions about Lee’s style of governance.
— Asia Times

Singapore’s Pharma Market to Exceed $1B by 2019
The pharmaceutical market in Singapore is set to rise from $948 million in 2017 to around $1.2 billion in 2021, and will first exceed the $1 billion mark in 2019, according to research and consulting firm GlobalData.
— Pharm Pro

Social media ‘not an appropriate platform’ to receive religious guidance: MUIS
Social media is “not the appropriate platform” to receive religious guidance and instruction, the Islamic Religious Council of Singapore (MUIS) said on Tuesday (Jun 20), after it was announced that auxiliary police officer Muhammad Khairul Mohamed has been detained for planning to travel to Syria to take part in armed violence.
— Channel NewsAsia

Singapore Home To Google’s First Southeast Asia Cloud Region
Google has launched another cloud region, this time in Singapore, where the total number of customers utilising the giant’s Cloud Platform (GCP) has increased by 100% in the last year alone.
— Data Economy

Singapore Airshow Will See Impact of Disruptive Technologies
As visitors to one of the world’s major aerospace events, attendees at the Paris Airshow will know that other major international airshows will also be taking place in the next 12 months; in Dubai, the United Arab Emirates, November 12-16, 2017, and Singapore, February 6-11, 2018.
— AIN Online

PM Lee urges Malay-Muslim community to stand with Government to tackle extremism
Against the backdrop of more frequent terrorist incidents in many countries, it would be unrealistic to think Singapore can be immune or exempt from the threat of radicalism, said Prime Minister Lee Hsien Loong on Tuesday (June 20).
— Today Online

Singapore amongst cities with largest office rent declines
If the latest Global Prime Office Occupancy Costs report from CBRE Research is anything to go by, then it seems that the office market in Singapore is becoming cheaper.
— Singapore Business Review

The top 4 causes of workplace stress in Singapore
Despite already being a highly competitive business environment with long working hours, independent research commissioned by specialised recruiter Robert Half has found 76% of Singaporean CFOs expect stress levels of their finance staff to rise over the next three years.
— Singapore Business Review

Eurokars continues infrastructure expansion, eyes listing
MOTOR magnate Karsono Kwee is on a building spree and – he has finally confirmed – is on course for an eventual listing of his Eurokars Group.
— The Business Times

Noble to defer coupon payment, confirms US$2b credit extension
NOBLE Group on Tuesday said it will be deferring coupon payment on its perpetual bonds due a week later, as it confirmed news reports that it had extended its US$2 billion credit facility by four months.
— The Business Times

Nine books banned for extremist content
The Ministry of Communications and Information (MCI) said yesterday that the books by Mr Rasul Dahri contain extremist religious views, including the rejection of a secular state and a call for Muslims to establish an Islamic state.
— The New Paper

Is London the new Singapore when it comes to property?
Could Little Venice be the new Little Red Dot, Golders Green the new Garden City? Is The Ritz the new Raffles? Potentially, if property designer and developer Finchatton is correct.
— Ham High

Singapore won’t be rushed into F1 contract
Singapore will not be rushed into extending its contract with Formula One, the trade ministry said Tuesday as negotiations for the night race to continue in the city-state are underway.
— IOL

Singapore’s hawker food culture under threat
Singapore’s street food culture was thrust into the international spotlight when Michelin awarded two of the country’s so-called “hawker” stalls a single star each for their culinary achievements.
— The National