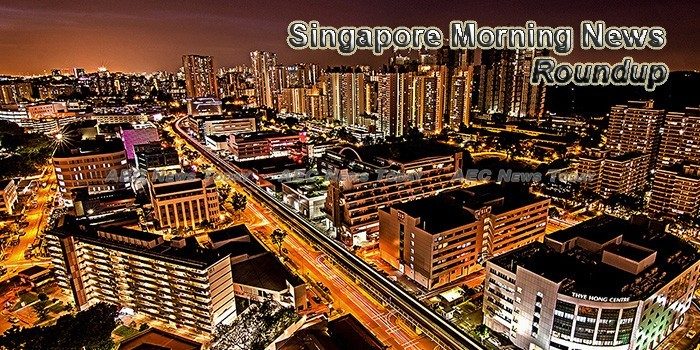 Proposed amendment to Films Act will allow the police to search your home without a warrant
The Info-Communications Media Development Authority (IMDA) is due to make some drastic changes to the Films Act soon. The Authority proposed several amendments to the Act earlier this month, one of which would give the police powers to search homes without a warrant.
— The Independent Singapore

Singapore’s IP Office to Grant Merck’s Patent Application for CRISPR Technology
Merck, a leading science and technology company, today announced that the Intellectual Property Office of Singapore has issued a “Notice of Eligibility for Grant” for Merck’s patent application covering the company’s CRISPR technology used in a genomic-integration method for eukaryotic cells.
— TASS

How a 77-year-old Singapore CEO fixed a S$100 million blunder
In 2015, Mr Yao Hsiao Tung was 75 and looking to slow down. He’d begun seeking his successor as chief executive officer of Hi-P International Ltd., a contract manufacturer for customers including Apple Inc. and Amazon.com Inc.
— Today Online

What will happen to Singapore’s ageing cables, and how the cable tunnel serves the future
Eight circuits of the power cable network, which were built in the 1980s, will soon become too expensive to maintain and will be left in place while being gradually replaced with the new tunnel system.
— The Straits Times (paywall)

Parking.sg app to be available for motorcycles, heavy vehicles from Dec 20
Motorcyclists and motorists driving heavy vehicles will be able to use the Parking.sg app from Wednesday (Dec 20) to pay for parking at all 1,100 public car parks that currently use paper coupons.
— Channel NewsAsia

Mobile app for comparing petrol prices being considered: Competition watchdog
The Competition Commission of Singapore (CCS) said on Tuesday (Dec 19) that while it cannot find evidence of collusion between petrol retailers in Singapore, “there is scope to increase the transparency of effective retail petrol prices”.
— Channel NewsAsia (video)

OCBC private banking arm to hire 20 relationship managers in Dubai
Bloomberg reports that the private-banking arm of OCBC is adding more staff in Dubai, as the Singapore lender seeks a greater role managing the money of the Middle East’s wealthy and of Indians living overseas.
— Singapore Business Review

Suspects charged in S$40m SkillsFuture claims scam
Five suspected members of a criminal syndicate have been charged with a series of offences, which resulted in close to S$40 million in fraudulent claims being paid out by SkillsFuture Singapore (SSG).
— Channel NewsAsia