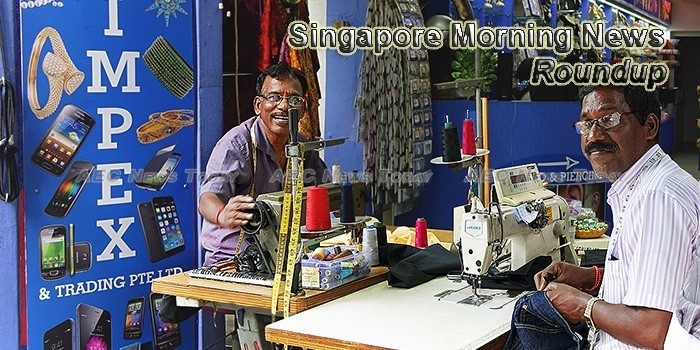 Singapore passes law to boost security at large events
Organisers of large-scale public events are required to inform the police at least 28 days before they are held, under a new law passed by Parliament.
— The Star Online

Singapore Private Sector Accelerates In March – Nikkei
The private sector in Singapore continued to expand in March, and at a faster rate, the latest survey from Nikkei revealed on Wednesday with a PMI score of 52.2.
— RTT News

Immunity for marital rape being reviewed
Married women should have the same access to protection from violence as unmarried women, Social and Family Development Minister Tan Chuan-Jin said yesterday.
— The Straits Times

Finn Partners acquires Singapore-based Ying Communications
New York-based Finn Partners is making its first move into Asia-Pacific with the deal. Its Singapore office will serve as the hub of the agency’s operations in the region.
— Campaign

Telcos pony up record S$1.14b for spectrum rights
Telecommunications companies here paid a record sum of S$1.14 billion to get spectrum rights for their 4G services and upcoming mobile services such as 5G and Internet of Things (IoT). The incumbents were quick to point to the entry of a fourth telco as one of the factors that pushed their combined outlay beyond the billion-dollar mark for the first time.
— Today Online

MPs outline ways to strengthen Singapore’s fight against drugs
As drugs can be mixed with other substances to increase their potency and addictiveness, this potential for harm should be taken into consideration when determining penalties for drug offences, and not simply their weight, Mr Christopher De Souza (Holland- Bukit Timah GRC) said yesterday.
— The Straits Times