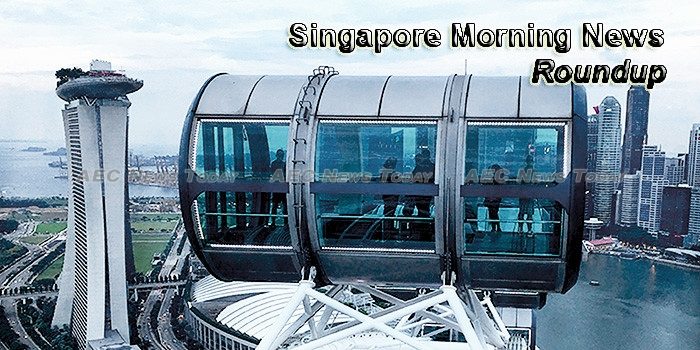 Drug courier spared death penalty
A 30-year-old Malaysian man was jailed for life on Tuesday (Aug 23) for smuggling at least 4.67kg of drugs into Singapore via Woodlands Checkpoint.
— The New Paper

Singapore High Court sets aside international award against Lesotho
This is the first case in Singapore in which a party sought to set aside an investor-state arbitral award on the merits, and the decision “engages intriguing questions of arbitral and international investment law which have yet to be considered by a Singapore court”, Justice Kannan Ramesh said.
— Out-Law

Man gets 5 weeks’ jail and driving ban for fatal accident involving 62-year-old woman
A freelance artist who knocked down a pedestrian while making a right turn at a signalised traffic junction in Woodlands was jailed for five weeks and banned from driving all vehicles for five years on Wednesday (Aug 23).
— The Straits Times (paywall)

MPA Singapore completes pilot trial on New Cognitive-Based System to Improve Maritime and Port Operations
The Maritime and Port Authority of Singapore (MPA) and IBM today announced at the opening of the International [email protected] Conference that they have jointly completed the pilot trial of three modules under the MPA-IBM SAFER project, which will be rolled out progressively beginning September 2017.
— OpenGov

The Guide to Employment Permits for Foreign Workers in Singapore
For expatriate workers and their employers in Singapore, understanding the process to obtain a valid employment permit is vital. The Singapore government’s Ministry of Manpower (MoM) issues a wide range of work passes and permits to expatriates planning to work in Singapore. Each of these employment permits is designed for a specific purpose and differs across various categories of employees, based on their professional skills and monthly salaries.
— Asean Briefing

Hard times for Singapore
When I was younger, there were problems just like today. The big difference is I always had hope and believed someone out there had the solution. More than half a century has passed and I do not believe this anymore.
— The Online Citizen

Singapore rejects U.S. academic’s appeal against expulsion
Singapore has rejected a U.S. citizen’s appeal to stay in the city-state following the cancellation of his permanent residence status after the government branded him as an agent of foreign influence.
— Business Insider

CapitaLand, Alibaba raise bar on omni-channel retail model
SOUTH-EAST Asia’s real estate giant and Singapore’s very own CapitaLand appears ready to crank things up to grab a slice of the action in the booming e-commerce retail space.
— The Business Times

ComfortDelGro soars on news of talks with Uber
SHARES in bus, rail and taxi operator ComfortDelGro were hotly traded on Wednesday, rising 8.8 per cent or 19 cents to S$2.36. More than 56 million shares were traded – a high not seen for more than four years.
— The Business Times

Almost 90% of Asia-Pac retailers betting on click-and-collect: study
THE entry of Alibaba, through its stake in Lazada, and Amazon’s entry in Singapore, have given online shopping a new impetus in the Asia-Pacific region and traditional retailers are stepping up to stay relevant.
— The Business Times

‘Make me a proposal’: PM Lee responds to Razer CEO’s tweets on e-payment system
WHEN Prime Minister Lee Hsien Loong tweeted about the need for one single e-payment system in the country during his National Day Rally speech, the Singaporean boss of Razer, a successful gaming tech company, took him on.
— The Business Times

App with dieticians on call to help users make better food choices
A locally-produced app is aiming to make individuals’ fight against diabetes less of a lonely battle, while connecting diabetics directly to dieticians who will coach them on food choices, one meal at a time.
— Today Online

Company’s cabbies wonder if rise in bookings will lead to higher earnings
Several ComfortDelGro cabbies said yesterday that they anticipated a rise in bookings should a partnership between their company and Uber materialise. However, whether their takings would similarly increase remained to be seen, they added, noting that fares booked through the ride-hailing app could be much lower than metered rates.
— Today Online