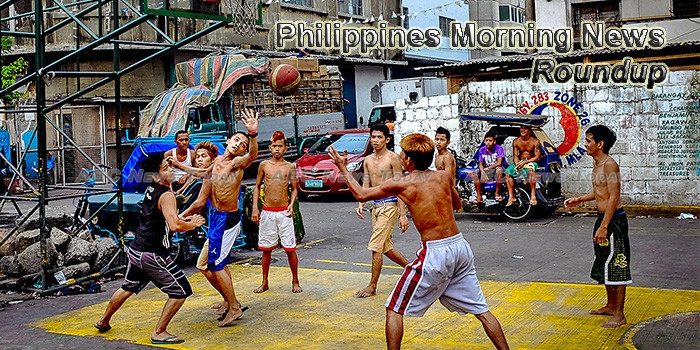 Competition body to pursue review of P70-billion telco deal
POINTING out what it described as “slow, expensive and poor”state of the Internet in the Philippines, the Philippine Competition Commission (PCC) said it will continue to push for the review of the P70-billion deal among telco operators in the country, even with the unfavorable decision from the Court of Appeals (CA).
— BusinessMirror

Philippine banana exporter loses bid for $2.3m tax refund
Banana exporter Tagum Agricultural Development Corp. (Tadeco), which is entangled in a graft case, has lost its bid for a tax refund of around US $2,330,000.
— Fresh Plaza

Govt posts P36.9-B budget deficit for Sept
The budget deficit narrowed in September from a year earlier, the government reported on Monday, as state spending dropped amid a surge in revenues.
— The Manila Times

Government allocates initial P5-B fund for Marawi rehabilitation
The government is allocating an initial PHP5-billion fund that will be spent until the end of the year for the rehabilitation of Marawi City, a Civil Defense official said Monday, October 23.
— Philippine News Agency

Caltex turns over P3-M learning tools to 30 Bicol public schools
Legazpi City, Albay – Some P3 million worth of equipment were turned over by Chevron Caltex through the Caltex Fuel Your School (FYS) to the Bicol region’s 30 most needy public schools recently.
— Manila Bulletin

Plastic wastes focus of marine convention
The Philippines will take the center stage when representatives from some 120 countries gather today in Manila for the 12thConference of the Parties to the Convention on Migratory Species (CMS), the first ever in Asia.
— Manila Bulletin

PH proposes setting up of marine protected areas’ network in SEA
The Philippines is hoping to build stronger ties with other members of the Association of Southeast Asian Nations (ASEAN) through the establishment of a network of marine protected areas (MPAs) in the region that would safeguard migratory species and the habitats critical to their survival.
— Manila Bulletin

Abaya faces raps over MRT-3 deal
FORMER Transportation secretary Joseph Emilio Abaya and several others are facing a graft complaint before the Office of the Ombudsman in connection with the P3.8-billion contract for the maintenance of the Metro Rail Transit Line 3 (MRT-3).
— The Manila Times

Japanese SMEs eye expansion of ties with PH
The Japanese Chamber of Commerce and Industry of the Philippines (JCCIPI) has seen new growth potential to sustain the momentum of an expanding economic partnership between the Philippines and Japan.
— Interaksyon

Watchdog to pursue ‘appropriate legal steps’
The country’s competition watchdog will pursue efforts to review Globe Telecom and PLDT’s multibillion-peso purchase of San Miguel’s telecommunications assets despite a setback at the Court of Appeals.
— The Manila Times

DOT launches ‘fun on the farms’ program
PLANTING rice is never fun, the old Filipino ditty goes. But the Department of Tourism (DOT) seems bent on changing that view by finding ways to make it an enjoyable experience and encouraging tourists to visit farms.
— BusinessMirror

PayMaya, Smart further accelerate rollout of QR code payments nationwide
After it introduced the first Quick Response (QR) code payments via app in the Philippines last May, PayMaya Philippines today announced that the scan-to-pay technology is now available across the country, with Smart Stores and select merchants in key cities now allowing consumers to conveniently pay by simply scanning QR codes through their PayMaya app.
— Philstar

DOTA prodigies chase million-peso dreams in Philippines
Five young men toil for 14 hours a day under black light, inside a cramped room with blinder curtains, hoping to turn their mastery of DOTA into another multi million-peso payday.
— ABS-CBN