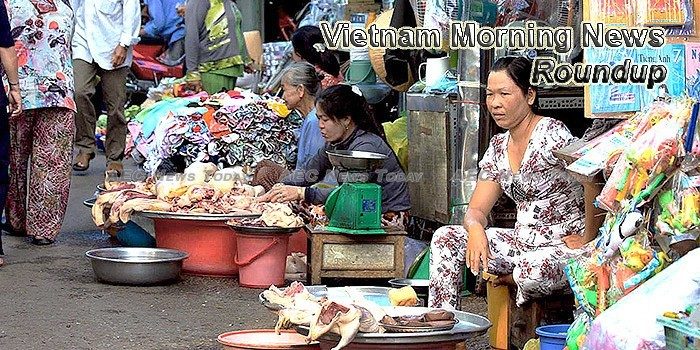 Ministries urged to remove 49% foreign cap
The Prime Minister’s working group has asked the ministries of Finance and Planning and Investment to swiftly lift the foreign ownership limit of 49 per cent at enterprises where foreign investment is not restricted.
— Bizhub

Enhancing the Vietnamese tourism industry
Experiencing a rapid growth in the tourism industry, Vietnam could become a regional leader in the coming years. Yet, it needs to combat an important cultural setback if it aims to reap the benefits of its entrepreneurial spirit and grow tourism in quality as well as in quantity.
— Asean Up

Experts: Vietnam needs to develop more rental housing projects
More attention should be paid to developing affordable house- for-rent projects in an effort to resolve the severe shortage of housing for low-income earners, young couples, the elderly and workers in urban areas, experts have said.
— VietnamPlus

Feature: Vietnam strives to rein in risks posed by cryptocurrencies
Pham Cuong works as a professional interpreter who often travels around Vietnam and abroad. The 60 computers in his room in Vietnam’s northern Thai Nguyen province run around the clock all year.
— Xinhua

Millions of bank cards left unused as Vietnamese lenders rush to meet targets
Nearly half of all bank cards issued in Vietnam have never been put to use, with experts believing that banks which raced against one other to increase their networks of cardholders are to blame.
— Tuoi Tre

Prak Sokhonn meeting to boost Vietnam ties
Foreign Affairs Minister Prak Sokhonn is to co-chair the 16th Meeting of the Cambodia-Vietnam Joint Commission on Economic, Cultural and Scientific-Technological Cooperation with the Vietnamese Foreign Minister on Thursday in Hanoi.
— Khmer Times

Viettel fined for replacing foreign TV channels
After VTVcab, General Military Telecommunications Company (Viettel) will be fined for replacing a number of foreign television channels with new ones without announcing it to customers.
— VietnamNet Bridge

Textile, garment gain second largest export value
With export turnover of US$8.6 billion in the first four months of this year, textile and garment was Vietnam’s second foreign currency earner behind mobile phones and parts.
— The Hanoi Times

How is the foreign-invested sector performing in Vietnam?
As the leading economic sector in Vietnam’s economy, foreign invested enterprises (FIEs) make only modest contributions to the state budget.
— VietnamNet Bridge

Belgian potato exporters seek opportunities in Vietnam
Belgium’s Flanders Agricultural Marketing Board held a press conference in Hanoi on May 14 to announce a plan to develop the Belgian potato market share in Vietnam.
— VietnamPlus

GDP not an ideal indicator for growth
Joint winner of the 2004 Nobel prize in Economics, Prof. Finn Kydland, speaks to Việt Nam News about the Vietnamese economy and growth on the sidelines of the 2018 Recontres du Vietnam – a development initiative that has brought world-renowned scientists to Việt Nam for discussions since 1993.
— Viet Nam News

Restaurant chain founder shares road to Singaporean culinary success in Vietnam
Harry Ang has built a restaurant chain 6-stall strong since 2006 with nothing but his love for his country’s cuisine.
— VnExpress