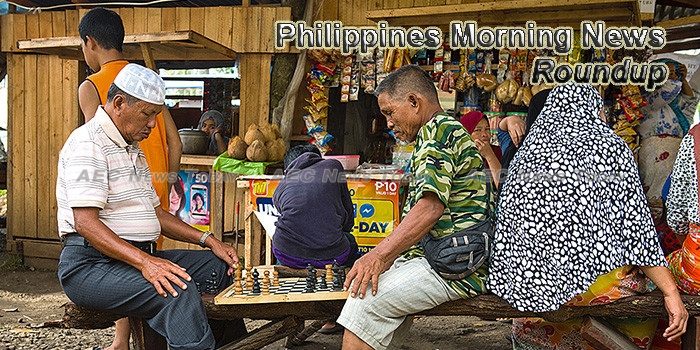 BOI approves $152,000 for cashew project in the Philippines
The Board of Investments recently approved the application of R-Ley Trading, based in Roxas, Palawan in the Philippines, as an expanding export producer of roasted cashew nuts.
— Fresh Plaza

Is the Philippines Government Ready to Legalize Medical Cannabis?
The time is now to advance medical cannabis in the Philippines, said a policy advisor to Congressman Rodolfo T. Albano, who authored recent legislation.
— Marijuana

Indonesia Warships in Philippines on Goodwill Mission
On Sunday morning, two Indonesian warships visited the Philippines for what was termed a goodwill and cooperation mission. The visit was a reminder of the ongoing cooperation between the two Southeast Asian countries in the maritime domain.
— The Diplomat

Japan provides $1-B loan for Philippines subway, other projects
Japan will provide close to P60 billion in loans to the Philippines to support three key infrastructure and development projects, including the establishment of a subway system in Metro Manila.
— Philstar

‘PH subway running by end of Duterte’s term’
THE country will have its first subway system before the end of President Rodrigo Duterte’s term.
— The Manila Times

PH navy top commander bats for urban terrain training
An official of the Philippine Navy sees the need for Navy force units, especially those involved in ground assault missions, to get more training and exposure in urban warfare.
— Update Philippines

Digital marketing ‘undervalued’ in PH: analyst
Filipino companies have yet to tap the full potential of digital channels to grow their business, a marketing analyst said Tuesday.
— ABS-CBN

UN report sees better prospects for PHL
THE PHILIPPINES was one of Asia’s “rising stars” in attracting foreign direct investments (FDI) last year and is among economies “expected to enjoy significantly better trade prospects this year,” according to a report the United Nations Economic and Social Commission for Asia and the Pacific (ESCAP) released on Oct. 30.
— BusinessWorld

Govt addressing delays in ecozone proclamations
Malacañang is working on the proclamation of new economic zones in a bid to address concerns raised by investors, a business group said.
— The Manila Times

Political uncertainty could weigh on growth
Philippine economic growth may end up weaker than expected given signs that investors are being discouraged by the political climate, a research consultancy said.
— The Manila Times

Troops kill Maute straggler in Marawi
Government forces yesterday killed a pro-Islamic State (IS) gunman in Marawi, a military official said, eight days after the hostilities were declared over.
— Philstar

November 1 has always had a profound place in the heart of family-centric Filipinos.
When Rappler interviewed her on Friday, October 27, she said they already cleaned 3 tombs since her semestral break began that week. It was less than the number they cleaned last year, she added.
— Rappler

PH Red Cross ready for Undas
The Philippine Red Cross (PRC) will mobilize its 103 chapter staff and volunteers nationwide to ensure public safety and attend to medical needs in line with its Oplan Kaluluwa 2017 as many Filipinos travel to their home provinces and flock to cemeteries for All Saints’ Day.
— Philippine Canadian Inquirer

Human rights groups condemn Trump’s ‘warm rapport’ with Philippine leader
The White House has been condemned by human rights watchdogs after stating that Donald Trump enjoys “a warm rapport” with Rodrigo Duterte, the Philippine president whose war on drugs has led to thousands of extrajudicial killings.
— The Guardian

The Philippines looks to foreign investment to liberalise trade
In early October Ernesto Pernia, the director-general of the National Economic and Development Authority (NEDA), told media that the government planned to significantly reduce the foreign capital limit currently in place for the retail sector.
— Oxford Business Group

Duterte open to maritime exercises with Japan Coast Guard
President Rodrigo Roa Duterte is open to continued maritime safety exercises between the coast guards of the Philippines and Japan in the region.
— Manila Bulletin

Vietnam morning news for May 26