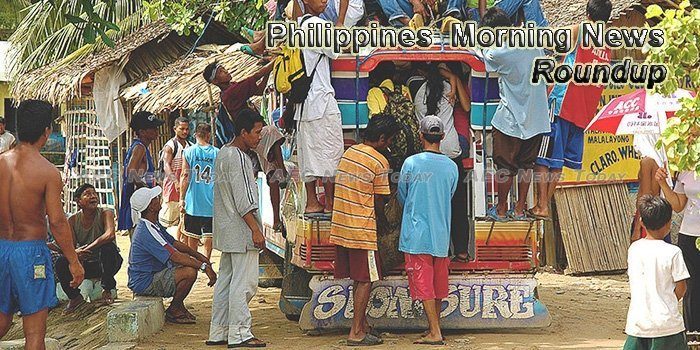 Rody to Qatar traders: Shoot corrupt Philippine officials
Harassed by corrupt revenue personnel? Shoot them. This was the advice of President Duterte to the business community here while stressing he would not condone any form of corruption during his watch.
– The Philippine Star

39 dead in Holy Week drug war
At least 39 people were killed in police operations during Holy Week as Philippine National Police (PNP) chief Director General Ronald dela Rosa proved true to his word that there would be no Lenten break in the war on drugs.
– The Philippine Star

Piñol: Greedy rice traders behind inflation warning
Agriculture Secretary Emmanuel Piñol on Sunday saw red and said a mouthful when sought for comment on the opinion of New York-based Global Source that the directive to prioritize buying local rice—and import when there’s a shortfall—may drive prices up if targets are not met.
– Philippine Daily Inquirer

Agricultural Economics 001
Of late, I was struck by a commentator who said that farm productivity was not that important. That farm net income is. This is difficult to reconcile as the two are related.
– Inquirerdotnet

Armed Forces plans all-Muslim units amid insurgency
The Armed Forces of the Philippines announced plans to create all-Muslim fighting units on Saturday, with quotas from the Catholic country’s largest religious minority, as it looks to bolster efforts to tackle Islamic insurgents.
– The Philippine Star

Mexican investors keen on Mindanao
MEXICAN investors are keen on investing in Mindanao with a focus on agriculture, tourism, and telecommunications, said Julio Camarena Villaseñor, Mexican Ambassador to the Philippines.
The SunStar

Philippines, US to hold military drills
The Philippine military said Sunday it would hold annual exercises with US troops next month, reaffirming its commitment to the alliance despite cooling relations under President Rodrigo Duterte.
– The Star Online