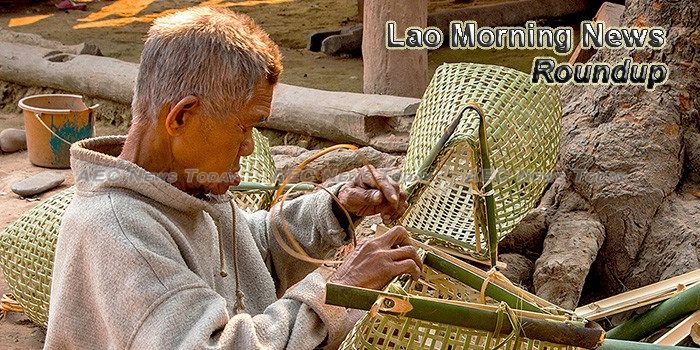 Oudomxay legalises foreign workers
Oudomxay provincial authorities are registering foreigners and issuing them with temporary work permits in a bid to regulate the increasing number of undocumented migrant workers in the province.
— Vientiane Times

Laos Focuses on Importance of Empowering Girls
On October 11, adolescent girls were the center of discussion at a meeting between multiple-stakeholders from different sectors to strengthen partnership and increase investment in adolescent girls for the achievement of the 2030 development agenda.
— Lao News Agency

Annual conference mulls science sector’s challenges
Line department officials from the Ministry of Science and Technology need to increase their efforts to realise the sector’s development, according to a leading official.
— Vientiane Times

Beware of illegal transactions by fake banks, public warned
The Bank of the Lao PDR has warned members of the public to beware of unauthorised bank accounts after learning that some people have been tricked into making transactions with fake banks.
— Vientiane Times

Lao man arrested for trying to escape across border with motorcycle
A Lao man was arrested on Wednesday at the middle of the Thai-Lao Friendship Bridge in Nong Khai after he drove his motorcycle past a border checkpoint with out stopping for customs.
— The Nation

Laos Shows Interests to Buy Pindad Sniper Rifles and Pistols
aos is interested in buying SPR2 sniper rifles and G2 Elite pistols and ammunition made by PT Pindad (Persero). Vice President of Export of PT Pindad Ridi Djajakusuma said Laos showed interest to buy two types of weapons from PT Pindad. The desire was revealed after Pindad met with the Lao Ministry of Defense on September 21, 2017 ago.
— Netral News

Blood Donation Highly Needed
People are highly encouraged to give blood to ease rising blood demand for medical purposes in the society, according to a Red Cross official.
— Lao News Agency

National Assembly to Open 4th Session on Oct 16
The National Assembly’s 8th legislature is going to open its 4th ordinary session next week through Nov 17 to consider reports from the government, and approve issues of national importance.
— Lao News Agency