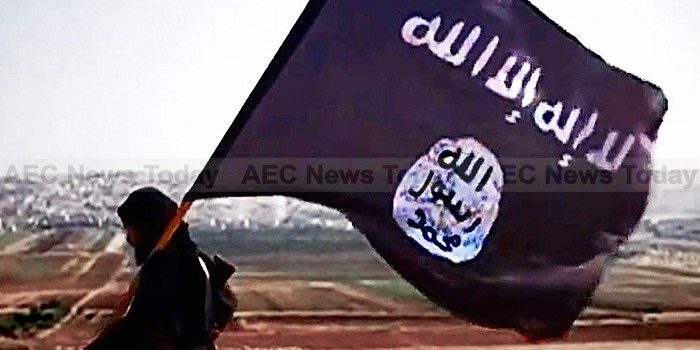 On October 9, 2016, 200 armed attackers from the Aqa Mul Mujahidin — an organisation with links to the Rohingya Solidarity Organisation (RSO) — carried out a surprise attack on Myanmar police at the Maungdaw border, killing nine police officers. The attackers were from Myanmar’s northern Rakhine (Arakan) State. They seized weapons, ammunition, bayonets, and magazines. According to the Myanmar government, the attackers received funding and support from foreign terrorist organisations.

Since the attacks in October heavy-handed counter-insurgency campaigns have been implemented with reports emerging of serious human rights abuses. Myanmar soldiers have been accused of killing and raping Rohingya, and burning their villages, but the government has denied these allegations. The state media has put the death toll at almost 100 people, although advocacy groups claim that more have been killed. More than 20,000 Rohingya have fled to neighbouring Bangladesh in the past two months.

The Rohingya are denied citizenship and viewed by the Myanmar government as illegal immigrants from Bangladesh. Tens of thousands of internally displaced Rohingya, following ethnic violence in 2012, live in decrepit camps where travel is restricted. Following regional and international protests, an emergency Asean meeting was held in early December to discuss the crisis.

The plight of the Rohingya minority has attracted the attention of regional and international extremist and terrorist groups.

The so-called Islamic State (IS), or Daesh, has expressed its intention to target Myanmar via Bangladesh. In the fourteenth issue of its propaganda magazine Dabiq, a Bangladeshi jihadist called on others to join him to help the oppressed Rohingya. Aung San Suu Kyi was also singled out by Daesh as a possible target in a ‘kill list’ sent to Malaysian police in August. In November 2016, Indonesian police thwarted an attempt by a local pro-Daesh extremist group to carry out a bombing attack on the Myanmar Embassy in Jakarta.

If Daesh were to firmly establish a foothold in Bangladesh it would not be difficult for the group to expand its operations into Myanmar. The porous border between Bangladesh and Myanmar provides suitable terrain for insurgent operations.

Should Daesh declare a new wilayat in South Asia, it is likely to include Myanmar’s Rakhine State. Daesh may capitalise on its contacts with the Bangladeshi militant group known as Jama’atul Mujahideen Bangladesh (JMB), which already has a pro-Daesh faction.

Al Qaeda has also shown interest in the Rohingya issue. Al Qaeda’s South Asia chapter, Al Qaeda in the Indian Subcontinent (AQIS), listed Myanmar as one of its key targets in 2014.

A new AQIS magazine released in September 2016, Al Balagh, also urged Muslims to join their fight against oppression. Through its Bangladeshi affiliate, the Ansarullah Bangla Team (ABT), Al Qaeda has provided training and support for the Rohingya militants and maintained ties with RSO. More recently, on December 10, 2016 Al-Qaeda’s Bengali media platform (known as Titumir Media) has released a video in Bengali calling for taking revenge of the persecution of the Arakan Muslims through an armed struggle.

In cyberspace, regional online extremists have sought to capitalise on the issue, pledging their support through profile pictures with the Daesh flag and the hashtag ‘Pray for P_A_R_I_S’; which refers to the conflict areas of Palestine, Africa, Rohingya areas, Iraq and Syria.

Calls For a Jihad on Behalf of The Rohingya

Online extremists in Indonesia have expressed a desire to mount ‘jihad’ on behalf of the Rohingya and made reference to their hopes of bringing ‘mujahedin’ (jihadi fighters) into Myanmar. These online jihadist flare-ups suggest that the Rohingya issue is being hijacked by global jihadism.

A group that has recently emerged is Harakah al-Yaqin, or the Movement of Certainty, which is said to consist of illegal immigrants from Bangladesh who crossed the border into northern Rakhine State. Videos of the group first surfaced on the internet in October 2016. The men spoke in a mixture of Bengali, Arakanese, and Arabic and were armed with AK-47s. They called on foreign Rohingya and jihadists to join them in northern Rakhine State to resist Myanmar forces. The existence of Harakah al-Yaqin may lead to an escalation of conflict in the region between the Rohingya and Myanmar’s armed forces.

The RSO, who have been blamed by the Myanmar government for recent violent attacks, is a little-known militant group with an active regional and international presence. Based in Karachi, its members also operate in countries in the Middle East, Bangladesh, and India. A significant faction of RSO has close operational ties with fundamentalist extremist and terrorist groups, namely Laskar-e-Taiba in Pakistan, Indian Mujaheddin in India and JMB in Bangladesh. Some of the RSO’s leaders received combat training in Pakistan and are active along the Bangladesh–Myanmar border.

Active networks of Daesh, as well as AQIS, currently pose a threat to Myanmar’s security. A festering Rohingya crisis will create opportunities for exploitation by regional and international terror groups. To prevent this Myanmar must develop a robust counter-terrorism strategy and beef up its counter-terrorism intelligence to enable authorities to prevent future attacks.

It will also need to bring the Rohingya community on board as strategic partners to alert authorities of terrorist or insurgent activities and to facilitate conflict resolution. Myanmar must begin to manage relations between the Buddhists and Muslims in the country and the government must urgently address the plight of this impoverished minority as they struggle to fulfil their basic needs lest their ongoing plight become a cause celebre forinternational terrorist groups such as Daesh or AQIS.

This article was written by Iftekharul Bashar, an Associate Research Fellow at the International Centre for Political Violence and Terrorism Research, Nanyang Technological University.  It first appeared on East Asia Forum under a Creative Commons license and is reproduced here with its permission.