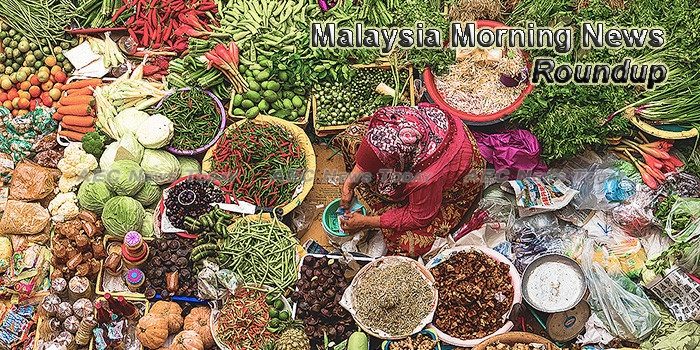 Online Sales In Malaysia To Shoot Up By 50 Pct Throughout Ramadan
Online sales are expected to surge upward by at least 50 per cent throughout the Ramadan and Raya periods this year as Malaysians prepare for the festive season.
– MalaysianDigest

Enra partners Emrail in rail projects
Enra Group Bhd has inked a shareholders agreement with Emrail Sdn Bhd to jointly set up a company and provide total engineering solutions and services for rail and track transportation projects in Malaysia.
– The Star Online

Malaysia exit could prove tricky for ANZ as hurdles abound
Shayne Elliott is in a hurry to go home. But exiting Kuala Lumpur won’t be as easy as it was to leave Singapore.
– Deal Street Asia

Lion Air could help launch Boeing 737 MAX 10
Indonesian budget carrier Lion Air may be a launch customer for the Boeing 737 MAX 10, a larger version of the planemaker’s medium-haul family that is expected to be launched at the Paris Airshow, three people familiar with the plans said.
– The Star Online

Maxis remains in top spot, Celcom regains second place
Maxis continued to maintain its lead in the industry in terms of revenue market share (RMS) in Q1, while Celcom regained second place, moving Digi to third place as its RMS declined for the third consecutive quarter.
– The Star Online