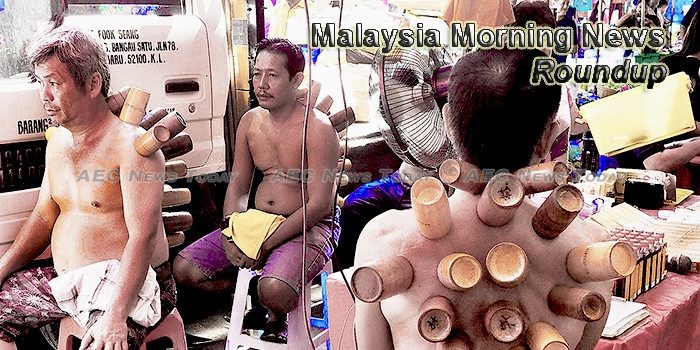 Indonesian group invests in Malaysian healthcare tech startup
The Hamami Family, ranked as one of the richest in Indonesia by Forbes, has invested in BookDoc, a healthcare technology start-up which has its headquarters in Malaysia.
— Free Malaysia Today

Here’s how 1MDB can disprove ‘US$4.5b theft’
The US Department of Justice (DOJ) in a new filing said that US$4.5 billion (an astonishing nearly RM20 billion) has been allegedly stolen from 1MDB and detailed new spending from the loot. That’s roughly US$850 million (RM3.7 billion) in “stolen” money higher from the figure it had revealed in its earlier filings 11 months ago of US$3.657 billion (nearly RM16 billion) “stolen”.
— Malaysiakini

Malaysia Struggles To Win Foreign Money Even As Inflows Into Emerging Markets Hit 2006 Peaks
Foreign investors are still underrepresented in Malaysia’s (EWM) bond and equity markets. With foreign inflows into emerging markets at 2006 peaks and predicted to touch $970 billion this year, Malaysia has immense potential for growth.
— Frontera

Malaysia wins bid to host tunnel congress in 2020
Malaysia has been chosen as the host for the World Tunnel Congress (WTC) in 2020, beating Australia to the job.
— The Star Online

Thailand plans to sign electricity accord with Laos and Malaysia
THAILAND is preparing to sign a tripartite electricity-trading agreement with two neighbouring countries at the upcoming Asean Ministers of Energy Meeting.
— The Nation

Education Key To Changing Mindset Towards Climate Change
Education is a key factor in encouraging awareness and changing of mindsets on fighting climate change said the European Union.
— Malaysian Digest

Malaysia sales pick up in May
Malaysia’s new vehicle market expanded by 12% to 50,600 units in May compared with year earlier sales of 45,108 units, according to data released by the Malaysian Automotive Association (MAA).
— Just-Auto

Online card spending to double by 2021, reaching US$6 trillion worldwide
The value of e-commerce card payments made worldwide grew by 26% during 2015 to reach US$2.7 trillion, according to the Global Payment Cards Data and Forecasts to 2021 released yesterday by UK-based strategic research and consulting firm RBR.
— The Edge Markets

Cambodia Morning News For May 2