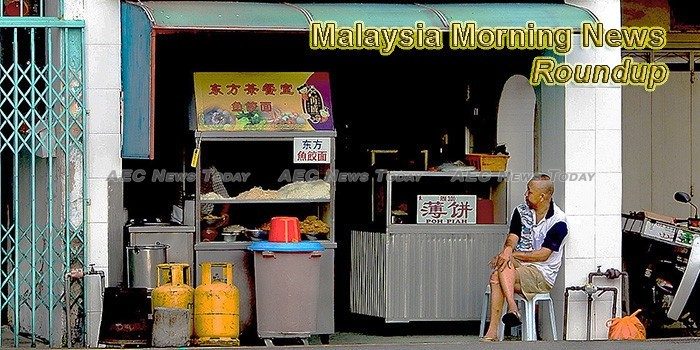 Malaysia’s PM Mahathir may stay on beyond 2 years, harbours ambition for new national car project
Dr Mahathir Mohamad said on Monday (Jun 11) that he is prepared to stay on as Malaysian Prime Minister beyond two years if that was what the public wanted, signalling a possible change in his original stance that he would only be the interim prime minister for up to two years.
— Channel NewsAsia

Mahathir Dreams Of New National Car For Malaysia
To the surprise of many, Malaysian Prime Minister Mahathir Mohamad said on June 11 that he aims to have a new national car company, given that Chinese automaker Geely has acquired a stake in Proton.
— Investvine

Malaysia says has identified candidate for position of central bank governor
A former Malaysian central bank official who was part of an investigating team into beleaguered state fund 1Malaysia Development Berhad (1MDB) is frontrunner to be picked as the next governor of the bank, people familiar with the matter said.
— Channel NewsAsia

Malaysia’s anti-corruption agency identifies key man connected to 1MDB scandal
For the first time, the identity of Tan Kim Loong, 40, a key figure in the 1Malaysia Development Bhd (1MDB) scandal, has been revealed.
— The Nation

Malaysia just came out in favor of protectionism — despite being in the trans-Pacific trade deal
It is “justified” for small, developing nations to enjoy some form of protectionism because they cannot compete on equal footing against large trading countries, Malaysian Prime Minister Mahathir Mohamad said on Monday.
— CNBC

Najib’s claim of China to import US$2 trillion goods – untrue
Finance Minister Lim Guan Eng today hit back at ex-Prime Minister Datuk Seri Najib Tun Razak’s claims that China had committed to import goods worth US$2 trillion as part of the two pipeline agreements worth RM9.4bil as there was nothing of that sort documented.
— The Star Online

Politics in Malaysia: A new era?
Malaysia is still reeling from the historic election defeat of the UNMO party, which had ruled the country for the past six decades.
— France 24

Coca-Cola to invest more in Malaysia
Coca-Cola Bottlers Malaysia, which has made an accumulative investment of RM1.5bil, is not ruling out further significant investments in the country in a move by the international bottler to strengthen its market presence.
— The Star Online

Introducing PropRebate, the first property cashback platform in Malaysia
Riding on the waves of innovating Malaysia’s real estate industry, Pepite Technology Sdn Bhd is announcing their newly launched property cashback platform, PropRebate.com, a service that assists home buyers towards purchasing their dream property in efforts on simplifying and shortening the long and tedious processes that goes along with it.
— AEC News Today/ PRNewswire (media release)

ANZ cuts Malaysia’s GDP growth, CPI forecasts for 2018, 2019
Malaysia’s gross domestic product (GDP) growth forecast for this year lowered to 5.4% from 5.7%, while 2019 projection revised down to 5.2% from 5.5%, according to Australia & New Zealand Banking Group Ltd analysts led by Khoon Goh.
— The Star Online

Malaysia market to see continued uncertainty amid foreign selling
Malaysia’s financial markets will likely continue to be clouded by uncertainty over the short term because the new government’s policies are still unclear, according to market participants.
— Asia Assert Management

MRT, HST cancellation dampens property outlook
The cancellation of several projects such as the Mass Railway Transit (MRT) 3 Circle Line and the High Speed Railway (HSR) connecting Singapore and Malaysia will will have a negative impact on developers who have invested in projects surrounding those localities.
— The Borneo Post